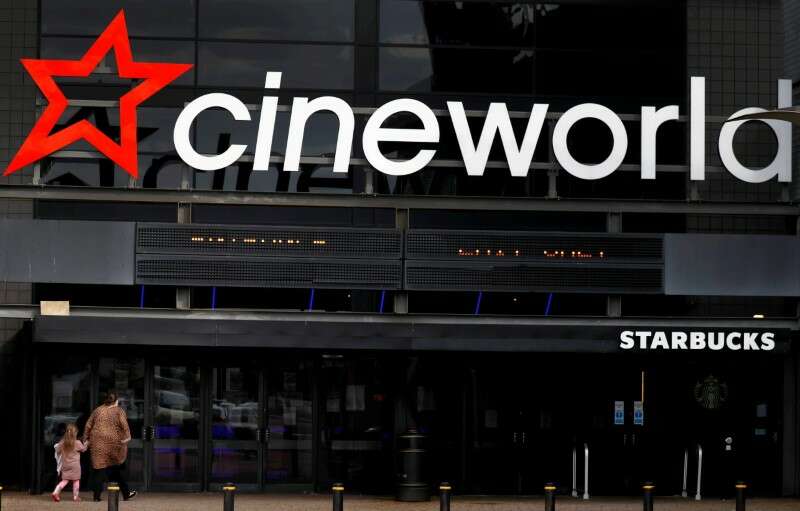 By Muvija M and Chris Peters

(Reuters) -Cineworld is considering a Wall Street listing for all or part of its business in an effort to bolster its finances which are under heavy pressure from the coronavirus pandemic.

A U.S. listing would give heavily indebted Cineworld access to the largest capital market in the world, where rival U.S. cinema group AMC this year became one of the so-called “meme stocks”, sending its shares skyrocketing.

Shares in Cineworld, which gets the bulk of its revenue from its Regal cinemas in the United States, jumped 8% by 0833 GMT on the FTSE midcap index.

“We believe this is quite an interesting consideration which could be supportive of valuation if we were to see similar support in Regal as was with AMC,” BofA analysts wrote.

The company, which had net debt of $8.44 billion as of the end of June, said cash burn was $271 million in the first six months of the year, while losses narrowed to $576.4 million from $1.64 billion last year thanks to tighter cost control.

People have flocked back to cinemas in the past few months to watch movies such as Marvel’s “Black Widow” and Paramount thriller “A Quiet Place 2”.

All of Cineworld’s 787 sites were open as of June, with Greidinger saying ticket sales were now at more than 50% of pre-crisis levels, as the United States and the UK eased months of pandemic curbs after vaccination drives picked up pace.

But concerns over new variants of the virus and an accelerated shift by studios to release movies simultaneously on streaming platforms are still a cause for concern.

Cineworld said it was expecting the window for movie releases in theatres to stabilise to somewhere between 20 and 60 days by next year.

“One of the most significant things that we all learned from the short window is that it creates an opportunity for high-quality pirated copies which is going all over the world,” Greidinger said.

Toshiba returns to Q1 profit on demand for automotive chips

Stocks claw back as markets calm after Evergrande-led...

Dollar eases from near 1-month high as Fed,...

September 21, 2021
Editorial & Advertiser disclosureEditorial & Advertiser disclosureOur website provides you with information, news, press releases, Opinion and advertorials on various financial products and services. This is not to be considered as financial advice and should be considered only for information purposes. We cannot guarantee the accuracy or applicability of any information provided with respect to your individual or personal circumstances. Please seek Professional advice from a qualified professional before making any financial decisions. We link to various third party websites, affiliate sales networks, and may link to our advertising partners websites. Though we are tied up with various advertising and affiliate networks, this does not affect our analysis or opinion. When you view or click on certain links available on our articles, our partners may compensate us for displaying the content to you, or make a purchase or fill a form. This will not incur any additional charges to you. To make things simpler for you to identity or distinguish sponsored articles or links, you may consider all articles or links hosted on our site as a partner endorsed link.