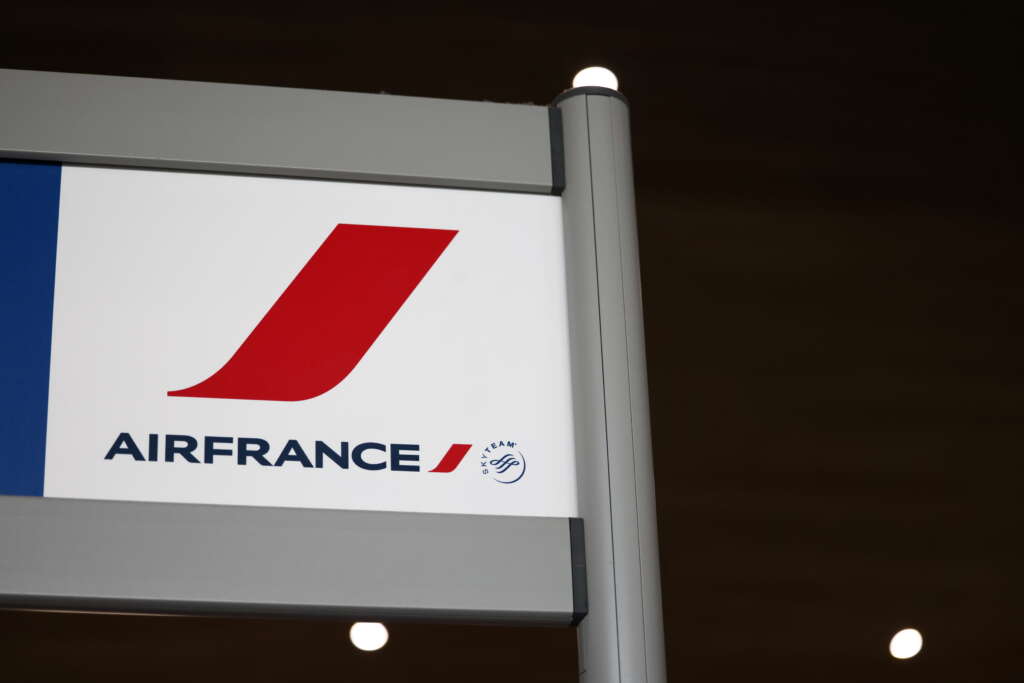 PARIS (Reuters) -Air France-KLM beat core profit expectations for 2021 due to a recovery in transatlantic travel in the fourth quarter and said it had started to see a pickup in bookings this quarter as Omicron restrictions start to ease in Europe.

The Franco-Dutch airline group’s earnings before interest, taxes, depreciation, and amortization (EBITDA) came in at 745 million euros ($845.65 million) for the year, beating a Refinitiv poll of analysts who had pegged the figure at 342.9 million euros, and the company’s own guidance of a “slightly” positive figure.

It was the second straight quarter of core profit since the outbreak of the pandemic. Overall, the company posted a net loss of 3.29 billion euros. Revenue of 14.32 billion euros outpaced the average estimate in a Refinitiv poll of 13.97 billion euros.

Steven Zaat, the company’s chief financial officer, said the airline increased capacity on long-haul in the fourth quarter despite a resurgence of coronavirus cases due to the Omicron variant, which hurt short- and medium-haul travel in Europe.

For the first quarter of this year, the company forecasts EBITDA to break even, while the available seat kilometres for the group’s network passenger activity is seen at 73%-78% of 2019 levels, with the quarter impacted by the Omicron variant and a slowdown of business travel as companies still predominantly exercise a work-from-home model.

Since last week, however, Zaat said bookings have started to catch up, including the summer period, as air travel is becoming less restricted.

The group, which in 2020 received 10.4 billion euros in loans backed by France and the Netherlands – its two biggest shareholders, said it still planned to raise equity via capital increase or other instruments by up to 4 billion euros.

It has already redeemed 500 million euros of the French state loan.