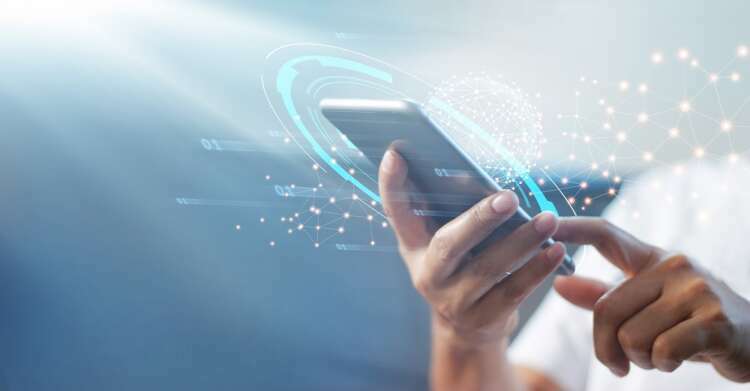 London – Technology company AND Digital, has today launched its Fuelling Growth in an Age of Data report which explores the changing attitudes among business leaders to data driven growth.

Conducted with 551 business decision makers from across the UK, the report found that almost three quarters (73%) have experienced anxiety over challenges relating to data, with nearly a quarter (22%) regularly worried when it comes to their company’s ability to collect, process and analyse data effectively to support business operations, decision making and growth.

Accessing the right talent to exploit opportunities from data was another major theme highlighted in the report. 68% of respondents acknowledged the need for greater data skills to help improve their business’ growth with nearly a quarter (24%) stating that a lack of in-house skills is holding their data aspirations back. In addition, over a quarter (28%) said they are concerned about the costs required to train and equip their people with skills in areas such as data analytics, data platforms, data engineering and data science/AI/ML.

Stephen Paterson, Chief for Consulting at AND Digital, commented: “In times of great uncertainty, it’s actually the ability to quickly codify business opportunities and processes into software and data that has supported many businesses in making the pivotal decisions that will shape their fortunes for many years to come. This fact is highlighted in our latest report with the large majority (72%) of UK business decision makers telling us that putting data at the heart of their business strategy and plans has become even more important in the last 18 months.

“However, as well as the importance of data, the report also reminds us of the important role that people continue to play in an increasingly data driven economy – after all, technology alone can only take us so far. In an age where growth will be fuelled by the effective understanding, use and application of data, it’s vital that businesses do everything they can now to nurture and invest in an in-house talent strategy, placing data at the heart of the business operations and opportunities. Those that make the necessary investments in talent now will gain huge competitive advantages in the near future. It’s with this challenge in mind that AND Digital has set itself the mission of directly improving the digital skills and knowledge of 200,000 people by 2025.”

Other barriers to using data

As well as lacking the necessary skills to leverage data driven opportunities and growth, 37% said that data security was their biggest barrier to becoming more data driven, with a further 30% highlighting the cost implications to their business. Unsurprisingly anxieties around data compliance and regulation were seen as barriers to for nearly a third (31%) of decision makers.

In addition, 68% of respondents admit they lack the right technology to be considered data-centric, with almost one in five (16%) saying legacy infrastructure is holding them back.

For the UK economy there was some positive news with 76% of respondents saying their business currently has a data strategy in place. A further 72% also agreed that the use of data is at the core of their organisation’s business operations.

However, some room for improvement was highlighted, with a small number of respondents (17%) stating that their executive team has a poor understanding of the data opportunity.

Full analysis of the survey can be found in the AND Digital report ‘Fuelling growth in an Age of Data’ – available here.

Brits tip the balance investing in ISAs and pensions for their futures with more Men and Gen Zers hoping to invest for their retirement pots, according to UK national survey by MoneyMagpie.com and PensionBee.

January 27, 2022
Editorial & Advertiser disclosureEditorial & Advertiser disclosureOur website provides you with information, news, press releases, Opinion and advertorials on various financial products and services. This is not to be considered as financial advice and should be considered only for information purposes. We cannot guarantee the accuracy or applicability of any information provided with respect to your individual or personal circumstances. Please seek Professional advice from a qualified professional before making any financial decisions. We link to various third party websites, affiliate sales networks, and may link to our advertising partners websites. Though we are tied up with various advertising and affiliate networks, this does not affect our analysis or opinion. When you view or click on certain links available on our articles, our partners may compensate us for displaying the content to you, or make a purchase or fill a form. This will not incur any additional charges to you. To make things simpler for you to identity or distinguish sponsored articles or links, you may consider all articles or links hosted on our site as a partner endorsed link.