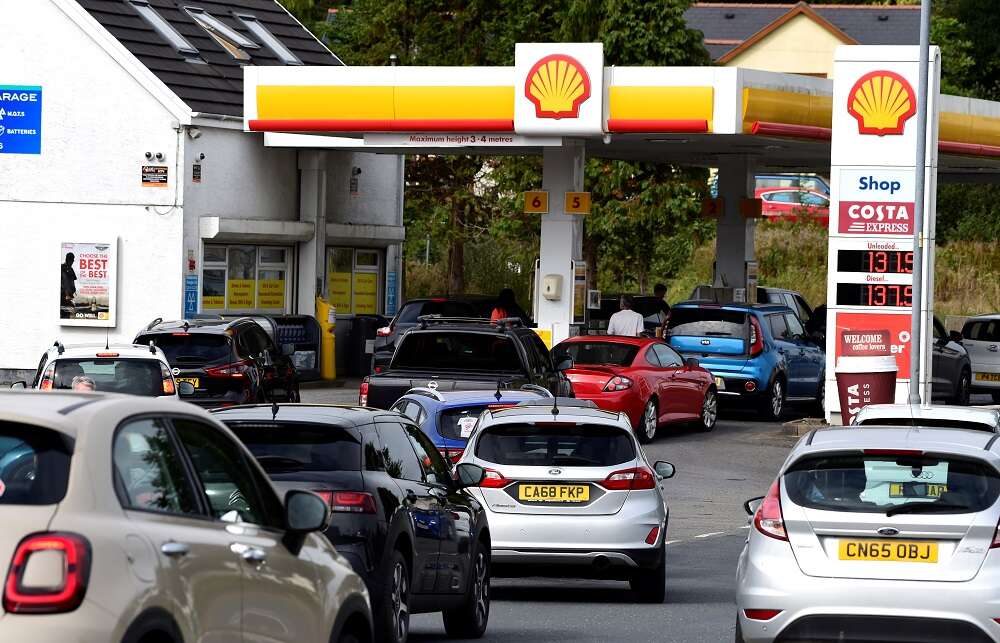 Britain has 10 days to save Christmas, retail sector says

LONDON (Reuters) -Britain’s retail industry warned the government on Friday that unless it moves to alleviate an acute shortage of truckers in the next 10 days then significant disruption was inevitable in the run-up to Christmas.

As the world’s fifth-largest economy emerges from COVID-19 lockdowns, a spike in European natural gas prices and a post-Brexit shortage of truck drivers have left Britain grappling with soaring energy prices and a potential food supply crunch.

BP had to close some of its gas stations due to the driver shortages while queues formed at some Shell stations as pumps ran dry in some places. ExxonMobil’s Esso said a small number of its 200 Tesco Alliance retail sites had also been impacted in some way.

In a rush to fill up, drivers also queued at some gas stations in London and the southern English county of Kent. Diesel ran out at one station visited by Reuters.

For months supermarkets, processors and farmers have warned that a shortage of heavy goods vehicle (HGV) drivers was straining supply chains to breaking point – making it harder to get goods on to shelves.

“Unless new drivers are found in the next 10 days, it is inevitable that we will see significant disruption in the run-up to Christmas,” said Andrew Opie, director of food & sustainability at the British Retail Consortium, the retail industry’s lobby group.

“HGV drivers are the glue which hold our supply chains together,” Opie said. “Without them, we are unable to move goods from farms to warehouses to shops.”

The next 10 days are crucial because retailers ramp up supplies in October to ensure there are enough goods for the peak Christmas season.

Hauliers and logistics companies cautioned that there were no quick fixes and that any change to testing or visas would likely be too late to alleviate the pre-Christmas shortages as retailers stockpile months ahead.

Prime Minister Boris Johnson’s government has insisted that there will be no return to the 1970s when Britain was cast by allies as the “sick man of Europe” with three-day weeks, energy shortages and rampant inflation.

As ministers urged the public not to panic buy, some of Britain’s biggest supermarkets have warned that the shortage of truck drivers could lead to just that ahead of Christmas.

Brazilian President Jair Bolsonaro said that Johnson, whom he met in New York, had asked him for an “emergency” agreement to supply a food product that is lacking in Britain, though the British embassy disputed Bolsonaro’s account.

“We’ll do whatever it takes,” Shapps told Sky News. “We’ll move heaven and earth to do whatever we can to make sure that shortages are alleviated with HGV drivers.

“We should see it smooth out fairly quickly,” he said.

British ministers are due to meet later on Friday in an attempt to hash out a fix.

The trucking industry body, the Road Haulage Association (RHA), has called on the government to allow short-term visas for international drivers to enter Britain and fill the gap, while British drivers are being trained for the future.

“It’s an enormous challenge,” Rod McKenzie, head of policy at the RHA, told Reuters. In the short-term, he said, international drivers could help, even if it may be too late to help Christmas, and in the longer term the industry needed better pay and conditions to attract workers.

“It’s a tough job. We the British do not help truckers in the way that Europeans and Americans do by giving them decent facilities,” he said.

The British haulage industry says it needs around 100,000 more drivers after 25,000 returned to Europe before Brexit and the pandemic halted the qualification process for new workers.

Shapps, who said the driver shortage was not due to Brexit, said COVID-19 exacerbated the problem given that Britain was unable to test 40,000 drivers during lockdowns.

Uber to roll out pension plans for UK drivers