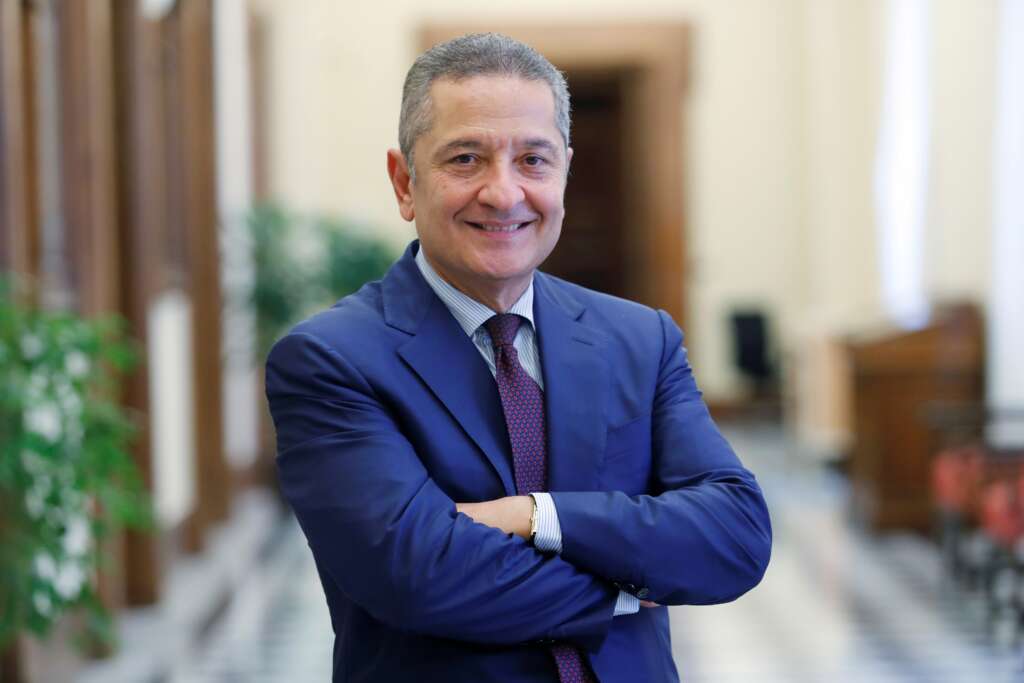 FRANKFURT (Reuters) -The European Central Bank should retain the exceptional flexibility of its emergency bond buys after the current crisis, ECB board member Fabio Panetta said on Monday, setting the stage for potential conflict with more conservative policymakers.

Facing an unprecedented crisis, the ECB agreed on flexible rules for its 1.85 trillion euro Pandemic Emergency Purchase Programme last year but the scheme could end as soon as next March, raising the risk of an ECB retreat in some markets.

More traditional instruments, like the Asset Purchase Programme, have relatively rigid rules, making it difficult for the ECB to concentrate stimulus in certain markets or to flexibly vary the size of its intervention.

“The pandemic emergency purchase programme has shown the benefits of flexible monetary policies when differences in financing conditions across countries represent a persistent obstacle to the transmission mechanism,” Panetta said.

“We should strive to retain the ‘unconventional flexibility’ that has served us well during the pandemic,” Panetta told a conference.

Those comments could put Panetta on a collision course with influential policymakers such as ECB Executive Board member Isabel Schnabel and Bundesbank President Jens Weidmann, who have both argued against retaining all of PEPP’s flexibility beyond the current crisis.

But Panetta is not alone with his call. French central bank chief Francois Villeroy de Galhau has already made the case for “additional flexibilities” in bond buys after the crisis, particularly in term of volumes and the allocation of funds.

Panetta added that the euro zone economic outlook was improving but the pandemic was not yet over and that cutting ECB support too soon risked having to backtrack.

“Experience shows that attempting to reduce the pace of asset purchases too early would lead to a tightening of financing conditions and a higher pace of purchases later,” he said.

He also played down concerns about inflation, saying the current rise in prices was temporary and there were no convincing signs that this uptick would translate into a more sustained period of higher prices.

What you need to know about the coronavirus right now