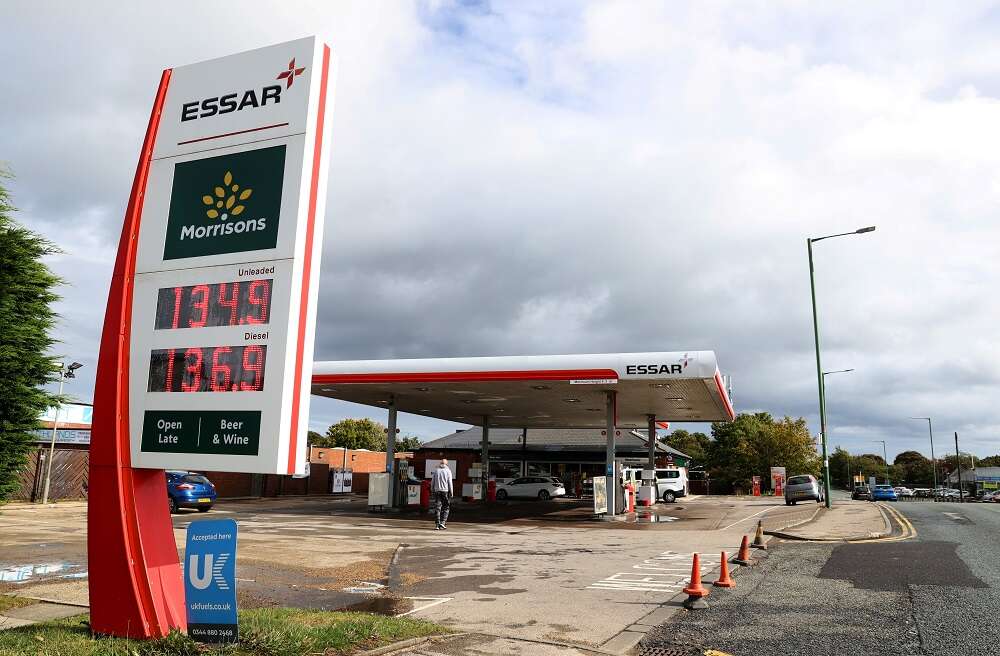 Our website publishes news, press releases, opinion and advertorials on various financial organizations, products and services which are commissioned from various Companies, Organizations, PR agencies, Bloggers etc. These commissioned articles are commercial in nature. This is not to be considered as financial advice and should be considered only for information purposes. It does not reflect the views or opinion of our website and is not to be considered an endorsement or a recommendation. We cannot guarantee the accuracy or applicability of any information provided with respect to your individual or personal circumstances. Please seek Professional advice from a qualified professional before making any financial decisions. We link to various third-party websites, affiliate sales networks, and to our advertising partners websites. When you view or click on certain links available on our articles, our partners may compensate us for displaying the content to you or make a purchase or fill a form. This will not incur any additional charges to you. To make things simpler for you to identity or distinguish advertised or sponsored articles or links, you may consider all articles or links hosted on our site as a commercial article placement. We will not be responsible for any loss you may suffer as a result of any omission or inaccuracy on the website.
Home News Fuel pumps run dry in British cities, sowing supply chain chaos
News

By Guy Faulconbridge and Alistair Smout

A post-Brexit shortage of lorry drivers as the COVID-19 pandemic eases has sown chaos through British supply chains in everything from food to fuel, raising the spectre of disruptions and price rises in the run-up to Christmas.

Drivers queued for hours to fill their cars at petrol stations that were still selling fuel, albeit often rationed. There were also calls for National Health Service (NHS) staff and other emergency workers to be given priority.

Pumps across British cities were either closed or had signs saying fuel was unavailable on Monday, Reuters reporters said, with some limiting the amount of fuel each customer could buy.

The Petrol Retailers Association (PRA), which represents independent fuel retailers accounting for 65% of all the 8,380 UK forecourts, said members had reported that 50% to 90% of pumps were dry in some areas.

Fuel suppliers said they expected the situation to get back to normal soon.

“There is plenty of fuel at UK refineries and terminals, and as an industry we are working closely with the government to help ensure fuel is available to be delivered to stations across the country,” said a joint statement from the fuel industry, which included the BP, Royal Dutch Shell and ExxonMobil’s Esso.

“As many cars are now holding more fuel than usual, we expect that demand will return to its normal levels in the coming days, easing pressures on fuel station forecourts. We would encourage everyone to buy fuel as they usually would.”

The industry’s message echoed the plea from the government for people not to panic buy. Environment Secretary George Eustice said there was no shortage of fuel and that there were no plans to get the army to drive trucks, though the Ministry of Defence would help with trucker testing.

Hauliers, gas stations and retailers said there were no quick fixes, however, as the shortfall of truck drivers – estimated to be around 100,000 – was so acute, and because transporting fuel demands additional training and licensing.

“We need some calm,” Gordon Balmer, executive director of the PRA, told Reuters. “Please don’t panic buy: if people drain the network then it becomes a self-fulfilling prophecy.”

London taxi driver Paul Kirby said he had visited nine filling stations before finding one that had fuel.

“I’m okay for the next day or so but then it’s going to be completely out of my hands. If I can’t get anything, then the cab is going to be parked up,” he told Reuters.

“Probably 50% of my colleagues that I regularly keep in touch with are sitting at home today because they couldn’t get fuel at the weekend.”

For months, supermarkets, processors and farmers have warned that a shortage of heavy goods vehicle drivers was straining supply chains.

The government on Sunday announced a plan to issue temporary visas for 5,000 foreign truck drivers.

But Andrzej Dobrowolski, a 44-year-old Pole who owns a construction and transportation firm in Britain, said many drivers would scoff at such a proposal.

“Boris Johnson is inviting the drivers back and they are laughing,” Dobrowolski said. “They are saying: why should they quit their companies in Poland or Bulgaria or Romania or anywhere in the EU for four months?

“What the British don’t understand is that it’s not just the money that’s important,” he said. “Their offer is at least three years out of date.”

Amid warnings of a dire winter ahead, some politicians in the European Union linked the supply chain stress to the 2016 Brexit referendum and Britain’s subsequent decision to seek a distant relationship with the bloc.

“The free movement of labour is part of the European Union, and we tried very hard to convince the British not to leave the Union,” said Olaf Scholz, the Social Democrat candidate to succeed Angela Merkel as German chancellor.

“They decided differently. I hope they will manage the problems coming from that,” Scholz said.