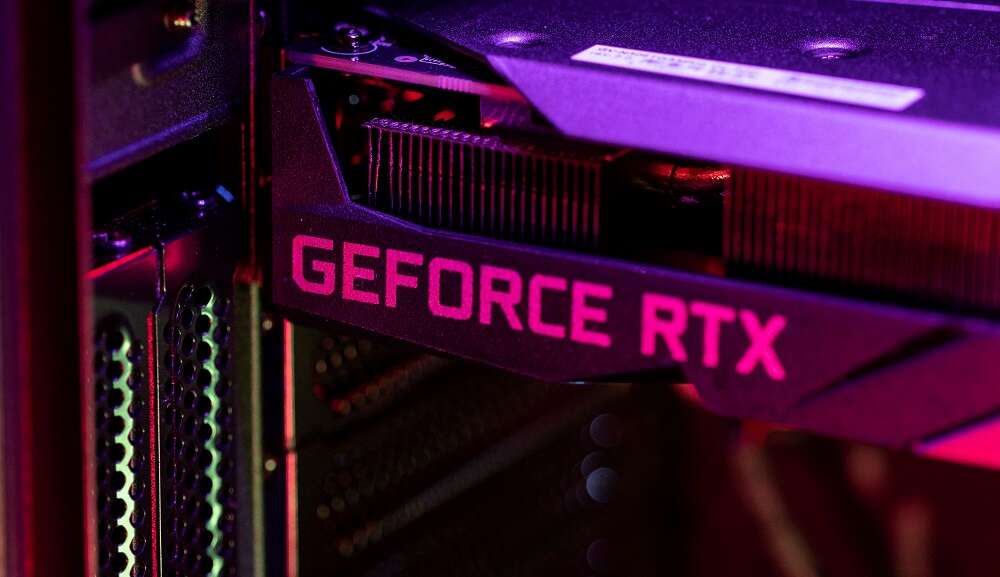 (Reuters) – A sharp drop in graphic chip prices could presage an unexpectedly quick ending to a global chip crunch that has crippled manufacturing from smartphones to cars, and the issue will be a central one for companies reporting results this week.

As Intel, Qualcomm and others report, investors will weigh how dampened consumer spending from inflation, China’s COVID lockdown and Russia’s invasion of Ukraine balance out supply chain blockages for microchips.

The trigger is a drop in prices of GPUs, or graphics processing units, which are the brains of gaming machines and are spreading to other uses.

Analysts at Baird recently downgraded GPU maker Nvidia to “neutral” after prices dropped. So far this year, Nvidia stock is down roughly 31% and rival Advanced Micro Devices has fallen about 37% compared with a roughly 22% drop on the Philadelphia SE Semiconductor Index. Both companies declined to comment.

GPU prices are still being sold at a premium, but a smaller one. Susquehanna analyst Christopher Rolland earlier this month said that the markup over manufacturer suggested retail price or MSRP has fallen to 41% from 77%.

Graphics chips and hardware news site 3DCenter, which tracks graphic chip prices in Europe, reported that the price of AMD’s Radeon RX6000 and Nvidia’s GeForce RTX30, both used for gaming, dropped steadily to less than 20% above MSRP from 80% at the start of the year.

Demand for GPUs may also drop because crypto currency Ethereum is expected to change the way it operates late this summer, reducing the demand for graphics chips that power systems used to mine the cryptocurrency today, analysts say.

There is a debate over whether the lower prices will spread throughout the chip sector.

Softening demand from PC and smartphone markets is also resulting in price drops of other chips such as leading edge processors like CPUs and some memory chips, according to Summit Insights Group analyst Kinngai Chan, who expects the supply of some other chips made on older machines to face over-capacity in the second half of this year.

But Bank of America said the weakness in the gaming or crypto currency mining segments could be balanced by strength in data center demand for graphic chips and has reaffirmed its “buy” rating for Nvidia.

“Between all the fab investments and then all the bullishness that the shortage wasn’t going to end until 2023, 2024, we said we could see a glut coming,” that extends beyond graphics chips, said TechInsights’ Dan Hutcheson, who has been following chip supply and demand for over 40 years.

The metaverse will change the way we interact...

June 23, 2022
Editorial & Advertiser disclosureEditorial & Advertiser disclosureOur website provides you with information, news, press releases, Opinion and advertorials on various financial products and services. This is not to be considered as financial advice and should be considered only for information purposes. We cannot guarantee the accuracy or applicability of any information provided with respect to your individual or personal circumstances. Please seek Professional advice from a qualified professional before making any financial decisions. We link to various third party websites, affiliate sales networks, and may link to our advertising partners websites. Though we are tied up with various advertising and affiliate networks, this does not affect our analysis or opinion. When you view or click on certain links available on our articles, our partners may compensate us for displaying the content to you, or make a purchase or fill a form. This will not incur any additional charges to you. To make things simpler for you to identity or distinguish sponsored articles or links, you may consider all articles or links hosted on our site as a partner endorsed link.