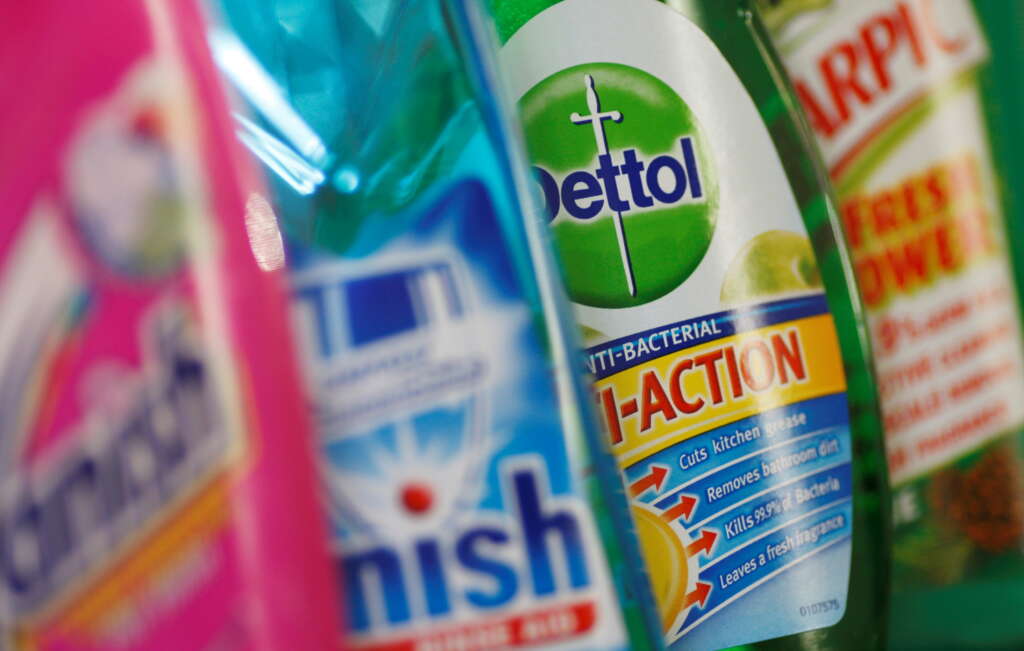 That sent its shares up 5.8% in morning trading, making it the top gainer on the FTSE index.

Sales of over-the-counter medicines rose more than 20% in the quarter, driven primarily by Mucinex cough and cold remedies after a strong cold and flu season saw sales across most of its markets come in at or above 2019 levels, it said.

That drove like-for-like sales up 3.3% in the quarter, compared to the 0.7% drop analysts had expected, according to company-supplied estimates, which excluded sales from the recently completed sale of its infant nutrition business in China.

The company also raised its full-year net revenue like-for-like growth forecast to 1-3% from flat to 2% earlier, but cautioned that growth would be “softer” in the fourth quarter.

Like its peers, Reckitt said it was seeing a sharp rise in raw materials costs, which were up 10% in the quarter compared with an 8-9% rise it had estimated previously.

Chief Financial Officer Jeff Carr said he expected inflation to be “up a touch” in the fourth quarter and possibly in the low double digits in 2022, but could not estimate when these higher costs would subside.

“There will be another round of pricing we will take to offset the inflation,” Narasimhan said, over and above the 1.7% hikes it took in the third quarter.

Reckitt kept its adjusted operating profit margin forecast, excluding IFCN China, for the year in the range of 22.7% to 23.2%

Shares in the group were down 16% this year before the results, after hitting near-record levels in 2020.

(Reporting by Siddharth Cavale in Bengaluru; Editing by Anil D’Silva and Jan Harvey)

Myanmar a no-show at summit after ASEAN sidelines junta boss

May 3, 2022
Editorial & Advertiser disclosureEditorial & Advertiser disclosureOur website provides you with information, news, press releases, Opinion and advertorials on various financial products and services. This is not to be considered as financial advice and should be considered only for information purposes. We cannot guarantee the accuracy or applicability of any information provided with respect to your individual or personal circumstances. Please seek Professional advice from a qualified professional before making any financial decisions. We link to various third party websites, affiliate sales networks, and may link to our advertising partners websites. Though we are tied up with various advertising and affiliate networks, this does not affect our analysis or opinion. When you view or click on certain links available on our articles, our partners may compensate us for displaying the content to you, or make a purchase or fill a form. This will not incur any additional charges to you. To make things simpler for you to identity or distinguish sponsored articles or links, you may consider all articles or links hosted on our site as a partner endorsed link.