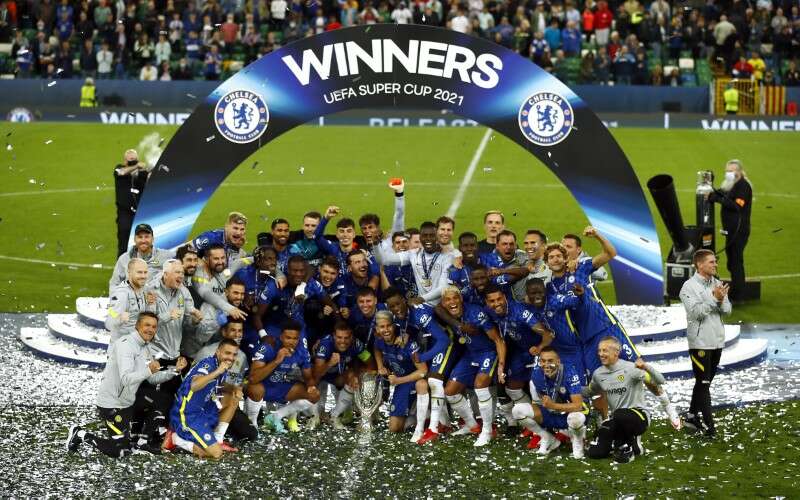 Our website publishes news, press releases, opinion and advertorials on various financial organizations, products and services which are commissioned from various Companies, Organizations, PR agencies, Bloggers etc. These commissioned articles are commercial in nature. This is not to be considered as financial advice and should be considered only for information purposes. It does not reflect the views or opinion of our website and is not to be considered an endorsement or a recommendation. We cannot guarantee the accuracy or applicability of any information provided with respect to your individual or personal circumstances. Please seek Professional advice from a qualified professional before making any financial decisions. We link to various third-party websites, affiliate sales networks, and to our advertising partners websites. When you view or click on certain links available on our articles, our partners may compensate us for displaying the content to you or make a purchase or fill a form. This will not incur any additional charges to you. To make things simpler for you to identity or distinguish advertised or sponsored articles or links, you may consider all articles or links hosted on our site as a commercial article placement. We will not be responsible for any loss you may suffer as a result of any omission or inaccuracy on the website.
Home Headlines Soccer-Kepa the hero as Chelsea win Super Cup 6-5 on penalties
Headlines

Extra time had ended 1-1 at Belfast’s Windsor Park stadium, with Chelsea bringing on Kepa for Edouard Mendy in the final seconds in what turned out to be the game’s tactical master-stroke.

The freshest player on a field of tired legs saved first from Aissa Mandi at 1-1, after Kai Havertz had missed for Chelsea, and then made the winning stop at 6-5 when Villarreal captain and 2010 World Cup winner Raul Albiol hit the ball to the bottom left.

Mendy was one of the first to congratulate his team mate, with Chelsea lifting the trophy for a second time.

“It was certainly not spontaneous,” Chelsea manager Thomas Tuchel said of the goalkeeper switch.

“We had some statistics, we were well-prepared. Kepa is the best percentage in saving penalties. The analysing guys, the goalkeeper coaches showed me the data and then we spoke with the players that this can happen.

“And since then they know and it’s fantastic how Edu accepts it,” added the German. “Kepa is better in this discipline and these guys are true team players.”

Mendy said he had no hard feelings at all. “Of course I’m happy because we won,” the Senegal international told BT Sport television.

Hakim Ziyech had put Chelsea ahead in the 27th minute, sweeping in from 12 yards after a perfectly measured cross from Kai Havertz on the left.

The Morocco international, an unused substitute when Chelsea beat Manchester City 1-0 in the Champions League final in Porto on May 29, then went off injured four minutes before the break following a collision with Juan Foyth.

Ziyech returned with his right arm in a sling to watch the rest of the match from the bench while Christian Pulisic took his place.

Villarreal, the Europa League holders with a noisy contingent of some 1,000 fans among the 13,000-strong crowd on a clear evening in Northern Ireland, hit the woodwork either side of halftime.

Their equaliser came as no surprise in a lively match with several scoring chances squandered on both sides and both keepers making key saves.

Gerard Moreno — who scored against Manchester United before the Europa League final in Gdansk went to penalties — rescued Unai Emery’s side in the 73rd with a side-foot finish after a back-heel from Boulaye Dia.

It was Moreno’s eighth goal in his last nine European appearances for Villarreal.

“It was tough, 120 minutes,” said Tuchel. “We were very strong in the first 30-35 minutes and then we lost a bit easy balls after our goal… the equaliser was well-deserved.

“Right after we conceded the goal we were very strong again, right until the end.”

Pulisic had a good chance in the 99th, the ball just running wide, while Mason Mount had a shot pushed out for a corner in the 108th.

Chelsea now turn their thoughts to the start of the Premier League season, and the imminent signing of striker Romelu Lukaku from Inter Milan, with an opening match at home to Crystal Palace on Saturday.

(Writing by Alan Baldwin in London, editing by Toby Davis)