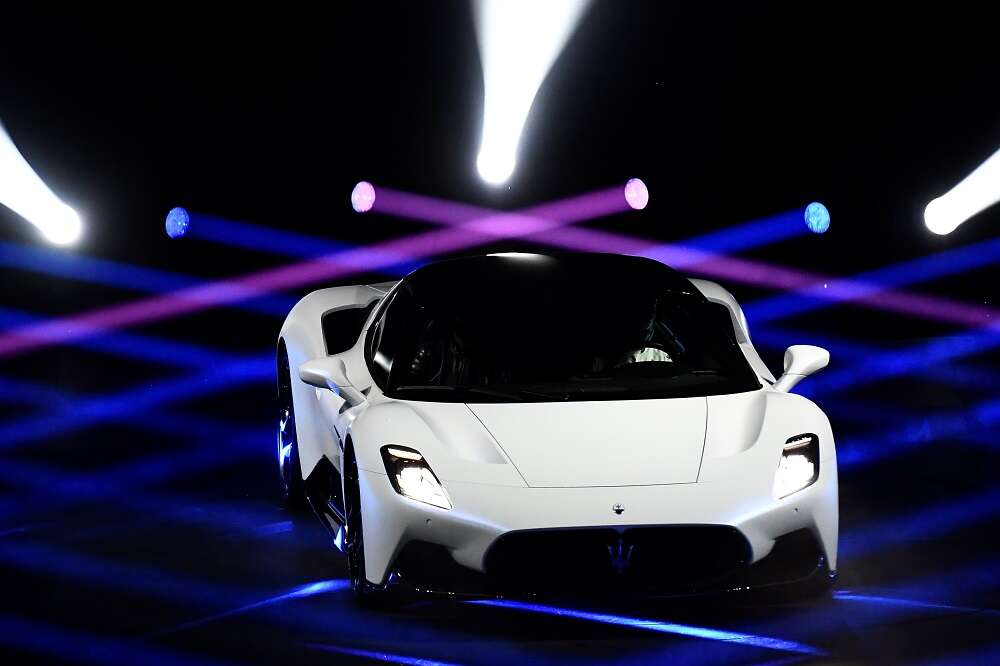 MILAN (Reuters) – Stellantis is not considering splitting its electric vehicle (EV) business from its legacy combustion engine operation, its finance chief said on Thursday, as the carmaker presented above-expectation revenue data for the first quarter.

Chief Financial Officer Richard Palmer told analysts he did not see huge benefits in the kind of separations pursued by rivals such as France’s Renault and U.S. Ford.

“We need to manage the company and the assets we have through this transition,” he said. “There are benefits to having the cash flow being generated by the internal combustion business for the investments we need to make.”

Palmer said the group, formed by a merger last year of Fiat Chrysler and Peugeot maker PSA, was not averse to considering adjusting its structure “but we aren’t anticipating any big changes.”

Palmer’s comments came after the world’s fourth largest carmaker said its net revenue rose 12% to 41.5 billion euros ($44.1 billion) in the January-March period, as strong pricing and the type of vehicles sold helped offset the impact of the semiconductor shortage on volumes.

That topped analyst expectations of 36.9 billion euros, according to a Reuters poll.

The impact of the chip crunch was evident in the decline in shipment figures which fell 12% in the quarter to 1.374 million vehicles.

It was a similar story for Germany’s BMW which posted higher revenues on Thursday and a decline in car sales.

Stellantis, whose brands also include Citroen, Jeep and Maserati, confirmed its 2022 forecasts for a double-digit adjusted operating income margin, after 11.8% last year, and a positive cash-flow despite supply and inflationary headwinds.

Morgan Stanley analysts said after the results that Stellantis had better management than many peers and benefited from its significant exposure to a stronger U.S. economy and a European recovery from the COVID-19 pandemic. They also said it was less affected by a slowing Chinese economy.

Palmer said it was important for the group to maintain double-digit margins and keep delivering positive cash flows.

“A 12% increase in revenue with a 12% decrease in volumes indicates a very strong performance on price and mix, which augurs well for our margin performance,” he said.

He said semiconductor supply problems were expected to ease this year with continued improvements in 2023. “But honestly I cannot give a date for when they are solved,” he added.

Raw material costs would also weigh, Palmer said, with the group likely to raise its initial forecast for 4 billion euros of extra related costs this year.

“I will give you a better view with first-half results but the impact is going to be probably up to 50% higher,” he said.