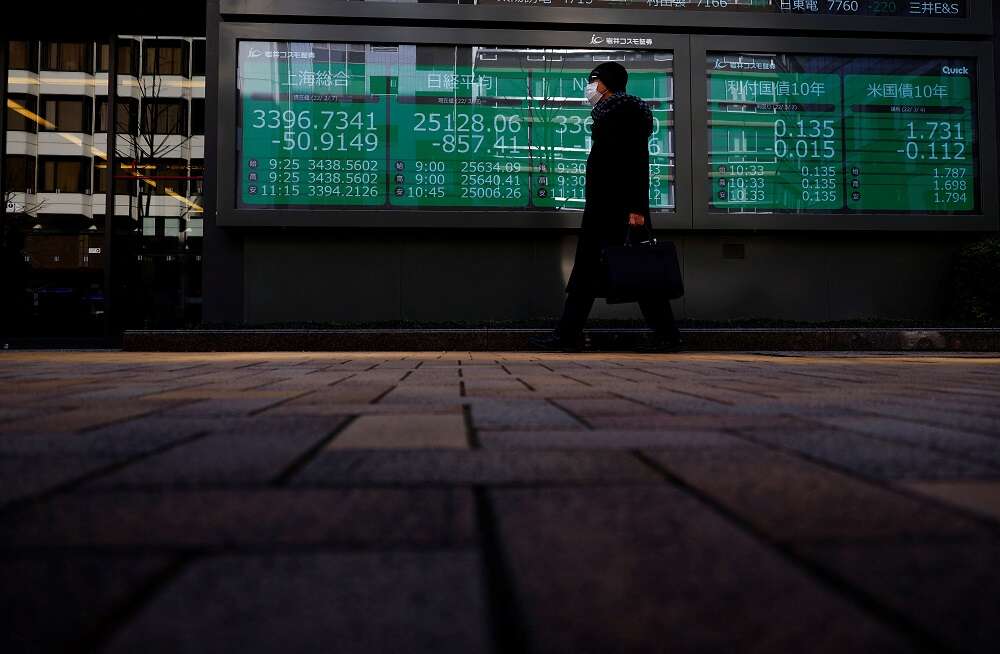 Our website publishes news, press releases, opinion and advertorials on various financial organizations, products and services which are commissioned from various Companies, Organizations, PR agencies, Bloggers etc. These commissioned articles are commercial in nature. This is not to be considered as financial advice and should be considered only for information purposes. It does not reflect the views or opinion of our website and is not to be considered an endorsement or a recommendation. We cannot guarantee the accuracy or applicability of any information provided with respect to your individual or personal circumstances. Please seek Professional advice from a qualified professional before making any financial decisions. We link to various third-party websites, affiliate sales networks, and to our advertising partners websites. When you view or click on certain links available on our articles, our partners may compensate us for displaying the content to you or make a purchase or fill a form. This will not incur any additional charges to you. To make things simpler for you to identity or distinguish advertised or sponsored articles or links, you may consider all articles or links hosted on our site as a commercial article placement. We will not be responsible for any loss you may suffer as a result of any omission or inaccuracy on the website.
Home Headlines Stocks gain, shrugging off latest policymaker inflation concerns
Headlines

LONDON (Reuters) -European stocks reversed early losses on Thursday as investors remained bullish even after Federal Reserve policy meeting minutes and comments from a European Central Bank official showed that the inflation outlook had not improved.

Stocks have staged a strong rebound in the past two months on hopes a peak in the pace of monetary tightening is within sight, but they remain vulnerable to central banker warnings that the fight against price pressures is far from over.

While not explicitly hinting at a particular pace of coming rate increases, beginning with the Sept. 20-21 meeting, the minutes showed U.S. central bankers committed to raising rates as much as necessary to tame inflation.

ECB board member Isabel Schnabel told Reuters in an interview that the euro zone inflation outlook had not improved since a July rate hike, suggesting she favoured another large interest rate increase next month even as recession risks harden.

That initially rattled investors and sent stocks lower but by 1050 GMT, the Euro STOXX was up 0.27%, while Wall Street futures pointed to a slightly stronger open after the main indexes closed lower overnight..

However, MSCI’s broadest index of Asia-Pacific shares outside Japan lost 0.5% and the MSCI World Index was flat.

“After a very strong run for risk assets thanks to a narrative that we might have seen â€œpeak inflationâ€, yesterday put a stop to that as multiple headlines came through that poured cold water on the prospect that central banks were about to let up on hiking rates,” said Deutsche Bank analysts.

The latest central banks to hike were the Reserve Bank of New Zealand on Wednesday and the Norwegian bank on Thursday, both raising rates by 50 basis points.

The dollar rose towards a three week high after the Fed’s minutes, although its gains faded as the general mood picked up in the mid-day European session. The euro slipped 0.1% to $1.0168 while the British pound briefly fell back below $1.20.

After the recent rally across risk assets, some fund managers are warning about the outlook.

“Investors need to hedge urgently – the environment which has led to this bear market rally, which we concede we did not see being as strong as it has been, is about to change,” said Mohammed Apabhai, Citigroup’s head of Asia Pacific Trading Strategies.

“The Fed has seen monetary conditions loosening and is now set to continue with its tightening. In particular, it is now set to double the pace of quantitative tightening from the current $47.5 billion to $95 billion starting Sept. 1,” Apabhai said, referring to the Fed’s shrinking of its balance sheet.

The yield on the benchmark 10-year Treasury notes was little changed at 2.88%

The two-year yield, which rises with traders’ expectations of higher Fed funds rates, was unchanged at 3.28%.

Euro zone government bond yields rose after the ECB’s Schnabel’s comments, with the German 10-year bond yield climbing as many as 6 basis points before easing back.