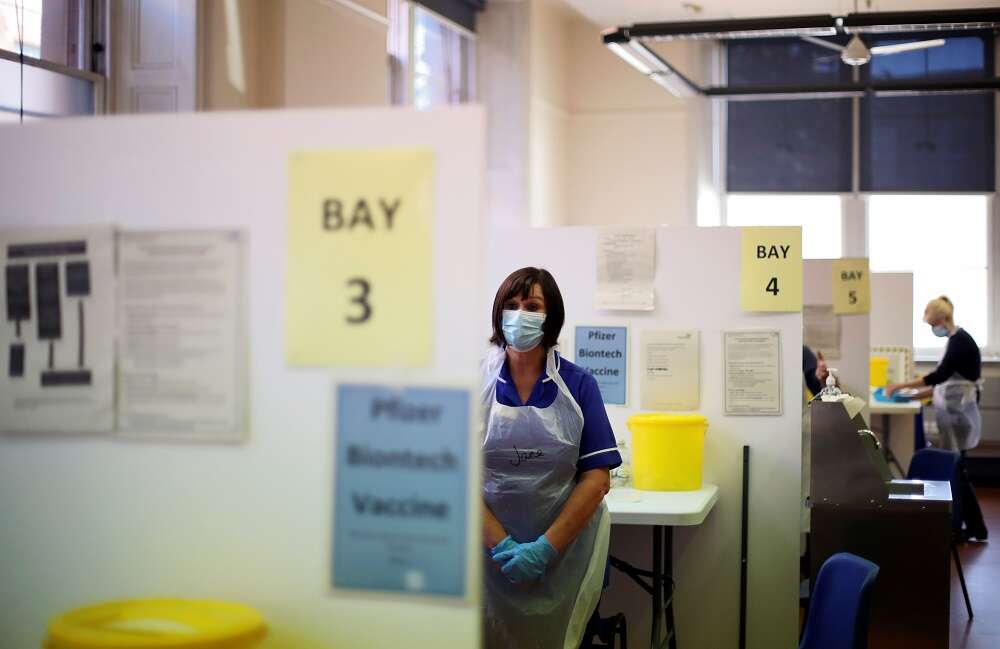 LONDON (Reuters) – Hospitals may struggle to cope if there is a significant surge of COVID-19 in England this winter even if broad vaccination means that deaths do not approach the same levels as last year, one of Britain’s top epidemiologists told Reuters.

Neil Ferguson, director of MRC Centre for Global Infectious Disease Analysis and Jameel Institute, Imperial College London, said that the coming months were uncertain but could put strain on hospitals.

“We’re not completely out of the woods yet. We may yet see a significant surge in infections later in the autumn, into the winter,” Ferguson told Reuters following the launch of the Imperial College London Institute of Infection.

“I’m optimistic in almost any circumstance that we’re not going to see an overwhelming wave of mortality at this point. The more difficult question is around hospital demands. The NHS is already fairly stressed… there isn’t much A&E capacity left.”

England has had an average of around 30,000 daily cases since late July. Ferguson said that such constant case numbers was an unusual pattern, and things could get tougher heading into winter as people spend more time indoors.

He said that immunity in the population was probably waning rather than growing, but that vaccine effectiveness against severe disease was holding up well.

Nevertheless, many could be hospitalised for a night or two, even if vaccination means they don’t need intensive care.

“Every one of those people puts additional demands on the NHS,” he said, adding that mask mandates and work-from-home orders could be needed to reduce hospital stresses even if another full-blown lockdown is “highly unlikely”.

“It’s much more likely that we just roll back on some limited numbers of measures to try and damp down transmission… things short of shutting the country down.”