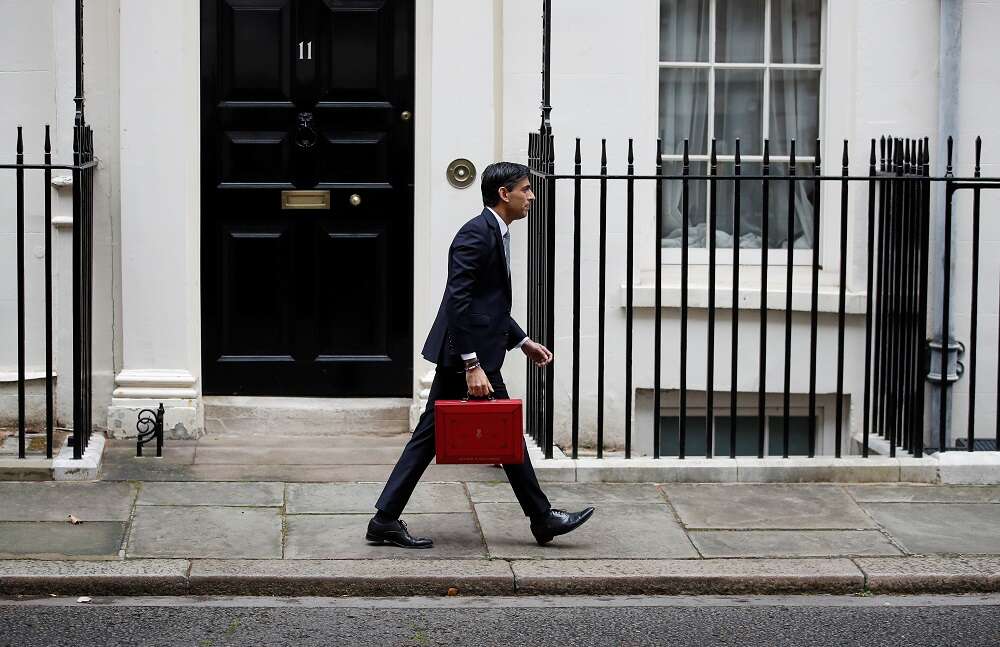 LONDON (Reuters) -Britain’s spending on foreign aid should return to 0.7% of economic output by 2024/25, finance minister Rishi Sunak said on Wednesday, having temporarily ditched that target last year to help pay for the government’s pandemic response.

Prime Minister Boris Johnson has faced heavy criticism of the decision to cut aid spending to 0.5% of GDP, including from some within his own Conservative Party who said it undermined Britain’s global image at a time when it was trying to build new post-Brexit alliances.

That more upbeat assessment also allowed the government to predict it would be able to restore aid spending in 2024/2025 because the fiscal tests it had set for doing so would be met by then – earlier than previously forecast.

The test for returning to 0.7% is that “on a sustainable basis the government is not borrowing for day-to-day spending and underlying debt is falling.”

The government’s spending plans set aside 5.2 billion pounds ($7.1 billion) in 2024/25 to pay for the increase, but that remains conditional on the tests continuing to be met until that time.

Campaigners raised concerns about a lack of detail around how the money would be spent – fearing Britain would try to broaden the classification of what counts as aid, resulting in less money going to where they say it is needed.

“Having already shrunk the UK’s support for development, implementing further cuts by stealth would exacerbate the challenges of climate and COVID already faced by developing countries,” said Amy Dodd, Director of Development Finance Policy at campaign group ONE.

It did not set out details of any reduction in funding to multilateral agencies.

May 3, 2022
Editorial & Advertiser disclosureEditorial & Advertiser disclosureOur website provides you with information, news, press releases, Opinion and advertorials on various financial products and services. This is not to be considered as financial advice and should be considered only for information purposes. We cannot guarantee the accuracy or applicability of any information provided with respect to your individual or personal circumstances. Please seek Professional advice from a qualified professional before making any financial decisions. We link to various third party websites, affiliate sales networks, and may link to our advertising partners websites. Though we are tied up with various advertising and affiliate networks, this does not affect our analysis or opinion. When you view or click on certain links available on our articles, our partners may compensate us for displaying the content to you, or make a purchase or fill a form. This will not incur any additional charges to you. To make things simpler for you to identity or distinguish sponsored articles or links, you may consider all articles or links hosted on our site as a partner endorsed link.