Our website publishes news, press releases, opinion and advertorials on various financial organizations, products and services which are commissioned from various Companies, Organizations, PR agencies, Bloggers etc. These commissioned articles are commercial in nature. This is not to be considered as financial advice and should be considered only for information purposes. It does not reflect the views or opinion of our website and is not to be considered an endorsement or a recommendation. We cannot guarantee the accuracy or applicability of any information provided with respect to your individual or personal circumstances. Please seek Professional advice from a qualified professional before making any financial decisions. We link to various third-party websites, affiliate sales networks, and to our advertising partners websites. When you view or click on certain links available on our articles, our partners may compensate us for displaying the content to you or make a purchase or fill a form. This will not incur any additional charges to you. To make things simpler for you to identity or distinguish advertised or sponsored articles or links, you may consider all articles or links hosted on our site as a commercial article placement. We will not be responsible for any loss you may suffer as a result of any omission or inaccuracy on the website.
Home Finance Analysis-Europe’s record IPO year has a sting in its tail
Finance

By Abhinav Ramnarayan and Oliver Hirt

LONDON (Reuters) – Europe’s record year for initial public offerings (IPOs) is threatening to come to a juddering halt as inflation fears and concerns over a property crisis in China have soured investors’ appetite for new stock listings.

Deal cancellations and postponements have started to hit the screens with France’s Icade Sante and Switzerland’s Chronext pulling deals in the past week.

Czech company Eurowag pushed through a reduced-size London IPO on Friday, but the trucking services group’s stock fell 10% from its 150 pence offer price.

Many companies that listed earlier in the year are trading below their IPO price, with the FTSE Renaissance IPO Index for the Europe, Middle East and Africa region down 9.19% so far this year.

“Fear of inflation and rising interest rates, as well as uncertainty around China, have made many investors more cautious,” said Christoph Lang, head of core equities in Europe for J. Safra Sarasin. “The Goldilocks environment we had for the last twelve months is over.”

The United States has also been hit by the shift in investors’ mood, with Peleton rival iFIT dropping its IPO plans, while shares in fitness centre operator Life Time’s opened 8% below their offer price on its debut.,

This contrasts with the first nine months of 2021, when listings surged to their the highest level since the dotcom bubble of 2000, based on Refinitiv data, even if the pace slowed in the third quarter.

The IPO market closely reflects investors’ appetite for risk and they tend to become more reluctant to commit large chunks of cash to a single company if the broader economic environment is showing signs of strain.

Uncertainty over the fate of heavily indebted Chinese property company Evergrande and rising bond yields on the back of strong inflation numbers have hit stock markets globally. The MSCI’s World Index is down over 4% over the past month.

“We’ve had something of a buyers’ strike, which is not a phrase I’ve had to use for a while,” said one senior banker who manages IPOs in Europe, preferring to remain anonymous as he is not authorised to speak about his clients.

“The market has turned quite viciously and investors are reluctant to put money to work in IPOs unless they are a complete slam dunk.”

He said that apart from the deal cancellations, a number of IPOs that were being prepared behind the scenes are being postponed.

A few high-profile IPOs are still heading for market, led by Volvo Cars in Sweden, a company that is hoping to tap into the huge appetite for electric vehicle makers and deliver what would be the biggest stock market listing in Europe in 2021.

Swedish spam blocking app Truecaller completed an IPO that valued it at SEK 19.43 billion ($2.21 billion) and traded up from its list price on Friday.

Norwegian robotics company Autostore is planning an Oslo listing this month that could value it at up to NOK 103.4 billion ($12.04 billion).

Others braving the market turbulence include French cloud computing company OVHCloud, which is due to price its IPO next week, and Russian software group Softline, which is planning a London IPO in the coming weeks. 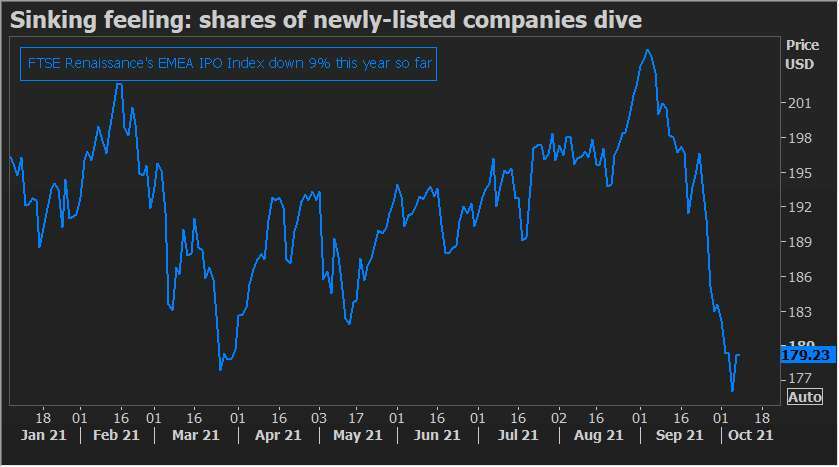 What is Forex Regulation? The Answer May Surprise You