Offering a smarter way to complete financial transactions, PollenPay, a UK-based Buy Now Pay Later (BNPL) company is delighted to announce its exciting launch plans. Led by founder and CEO, Leon Wilson, the business aims to ease pressure on purchases, while ensuring greater levels of financial responsibility amongst its users.

The rise of BNPL companies has been one of the biggest fintech trends of recent times, but many of the businesses currently operating in the sector find themselves under increasing pressure to instill greater financial responsibility amongst their customer-bases.

Now, PollenPay, a BNPL business from the bubbling Manchester Fintech scene, looks set to do just this. The new startup is dedicated to ensuring that its customers have greater management of their cashflow and will enact stringent measures to properly safeguard those who use its service.

The Fintech company operates with a simple model; offering customers interest-free installment plans on purchases over multiple installments by charging retailers a small fee. As such, the new service is free to customers who pay on time, with no interest charges or hidden fees as PollenPay prides itself on transparency.

For boutique businesses, PollenPay offers immediate payment, helping to greatly reduce the time spent waiting for money to clear into accounts and enabling much greater cashflow management. As such, the service offers businesses a far more efficient option when compared to other BNPL platforms.

Unlike many existing BNPL companies, PollenPay prides itself on a number of human-centric core values. The company offers a responsible approach to BNPL transactions and allows customers to amend payment schedules should they fall on financial hardship.

The new platform has already attracted several notable retailers who will offer its service as a payment option from its first day of launch, which is expected before the end of 2021. 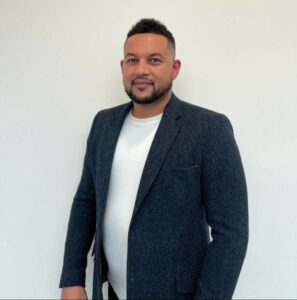 Spearheading this exciting startup are the founders and CEO, Leon Wilson, Brian Teo and Steven Hilton. They first developed an interest in innovative technologies related to the payments space while living in Australia. During this time, they witnessed the initial BNPL boom first-hand and began plans to refine and adapt the concept to better fit the UK market.

Speaking on PollenPay’s launch plans, founder and CEO, Leon Wilson commented: “Customers shouldn’t fear the thought of making payments and retailers shouldn’t worry about receiving money in a timely manner. I’ve watched these issues affect British businesses and consumers for far too long and decided a change needed to be made. That’s why I’ve developed PollenPay, which I’m proud to launch very soon.

“Our platform is helping to give individuals and businesses greater control over their finances and facilitating BNPL purchases more efficiently than ever before. As a company, we’re committed to extolling the values of Manchester as a city and will offer a service tailored exactly to our customers’ needs.

“We’ve adopted the Manchester worker bee within our logo for a reason. We want to help put the city on the map within the BNPL scene; both in Britain and further afield. It’s an exciting moment to enter this developing space and to join the growing ranks of Manchester’s emerging Fintech scene.”

To learn more about PollenPay and its plans to revolutionise the BNPL space, please visit: https://pollenpay.com/