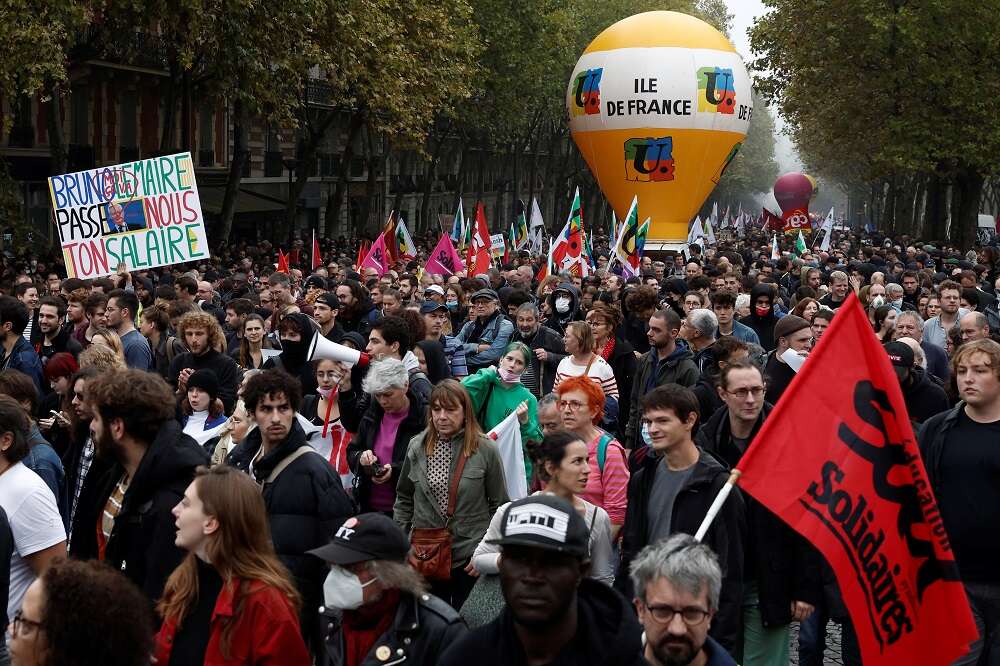 Our website publishes news, press releases, opinion and advertorials on various financial organizations, products and services which are commissioned from various Companies, Organizations, PR agencies, Bloggers etc. These commissioned articles are commercial in nature. This is not to be considered as financial advice and should be considered only for information purposes. It does not reflect the views or opinion of our website and is not to be considered an endorsement or a recommendation. We cannot guarantee the accuracy or applicability of any information provided with respect to your individual or personal circumstances. Please seek Professional advice from a qualified professional before making any financial decisions. We link to various third-party websites, affiliate sales networks, and to our advertising partners websites. When you view or click on certain links available on our articles, our partners may compensate us for displaying the content to you or make a purchase or fill a form. This will not incur any additional charges to you. To make things simpler for you to identity or distinguish advertised or sponsored articles or links, you may consider all articles or links hosted on our site as a commercial article placement. We will not be responsible for any loss you may suffer as a result of any omission or inaccuracy on the website.
Home Headlines Factbox-Strikes, protests in Europe over cost of living and pay
Headlines

Factbox-Strikes, protests in Europe over cost of living and pay

(Reuters) – European countries are facing more strikes and protests due to high energy prices and mounting costs of living. Here are details of some industrial actions and demonstrations.

Regional train traffic in France was cut by about half on Tuesday as several unions called a nationwide strike. They are seeking to capitalise on anger with decades-high inflation to expand weeks of industrial action at oil refineries to other sectors. There was also some disruption to schools as the strike primarily affected the public sector.

Thousands of people took to the streets of Paris on Sunday to protest against soaring prices.

About 1,000 GXO drivers in Britain will take strike action over five days from the end of the month in a dispute over pay, the Unite union said on Tuesday, warning of disruption to beer deliveries.

Hundreds of workers at the port of Liverpool, one of Britain’s largest container ports, are due to take two more weeks of strike action over pay and jobs from Oct. 24. The Communication and Workers Union, representing 115,000 Royal Mail postal workers, held strikes in September and early October, and have threatened more strikes after months of failed negotiations over pay and operational changes.

More than 300,000 members of Britain’s largest nursing union have begun voting over a strike to demand a pay rise. Junior doctors and ambulance workers also plan to ballot over pay disputes. Rail workers have also walked out over disputes over pay and job security.

Pilots at Lufthansa’s Eurowings began a three-day strike over working hours on Monday, their union said, affecting tens of thousands of the budget airline’s passengers. The walkout is due to end at 2159 GMT on Oct. 19.

Thousands of Hungarian students and parents protested on Oct. 14 in the second major rally in two weeks to support teachers who have been fired for joining strike action for higher wages, and more teachers being warned of dismissal.

Tens of thousands of Czechs protested in Prague on Sept. 28 against the government’s handling of soaring energy prices and the country’s membership of NATO and the European Union. The demonstration was organised by far-right and fringe groups and parties including the Communists.

Thousands took to the streets in Brussels on Sept. 21 to protest at soaring energy prices and the cost of living. A similar protest in June drew around 70,000 Belgian workers.