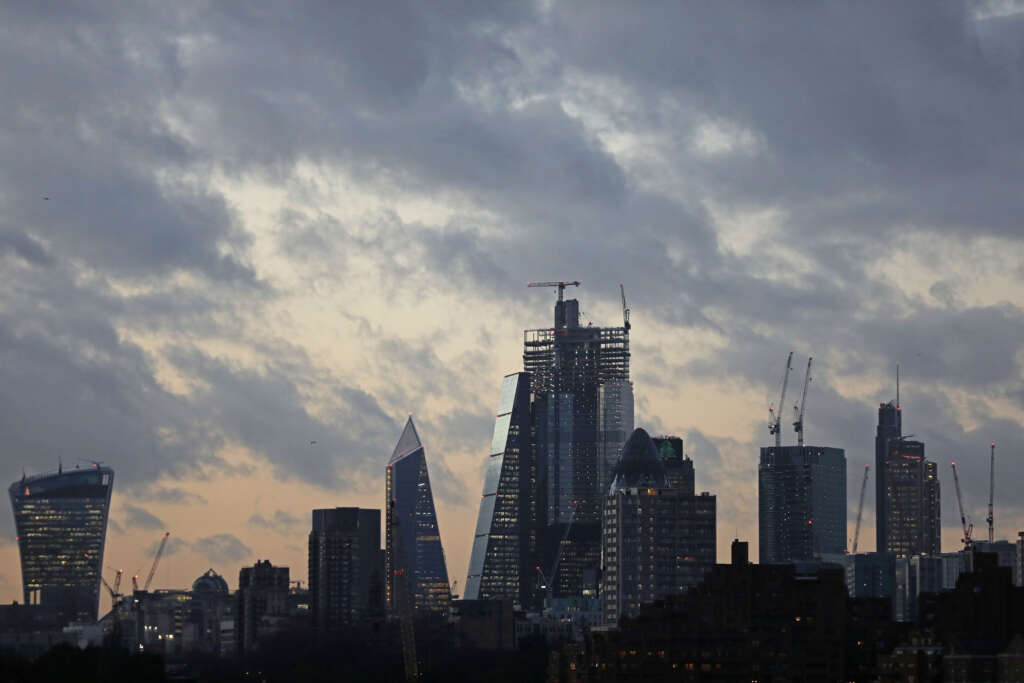 Factbox-UK aims to strengthen London as a global financial centre

LONDON (Reuters) – Britain’s finance ministry set out reforms to capital markets on Thursday to sharpen the City of London’s global attraction after leaving the European Union.

Below are details of what was announced to amend a welter of financial rules inherited from the EU:

The ministry said there is a compelling case to amend insurance capital rules known as Solvency II.

It said there is a strong case to change the “risk margin” and “matching adjustment” rules, and to cut the burden of how insurers calculate their core solvency capital requirement.

The Bank of England has been asked to “model” different options to better understand which combination of changes were needed, with a “comprehensive package of reforms” put out to public consultation in early 2022.

The ministry set out proposals to reform securities trading rules known as MiFID II, such as a more flexible definition for a trading venue to remove barriers to entry as trading technology advances.

To encourage more smaller companies with a market capitalisation of below 50 million pounds to list, a new category of trading venue with lighter regulatory requirements will be explored.

To minimise the impact of outages at exchanges, there will be consideration of a “playbook” for markets to follow when there is an outage.

Rules for “systematic internalisers” or in-house trading of shares at banks will be simplified to cut costs.

A cap on “dark” or off-exchange trading is to be scrapped.

The so-called share trading obligation, which requires trading of shares to be on a platform recognised by UK regulators, is to be scrapped to allow trading on any UK or overseas venue to “get the best price”.

Proposals are set out to limit the scope of the trading obligation for derivatives.

Currently, regulators impose limits on how much of a commodity any single market participant can hold to avoid price manipulation.

The government is proposing revoking the requirement for position limits to be applied to all exchange traded contracts, and to transfer the setting of position controls from the Financial Conduct Authority to trading venues.

An easing of rules is outlined for units of big energy and other firms where trading in commodity derivatives is “ancillary” and not a core part of the company.

Specific rules for “oil market participants” in commodity derivative markets could be scrapped.

The ministry wants a “consolidated tape” single feed of all bond prices across trading venues to give investors a snapshot of markets, but prefers a market-led solution to a mandatory tape although both options are being looked at. It is seeking views on potential changes to the law to allow a tape to be created.

The ministry proposes an overhaul of the information document published by companies wanting to list, to encourage more floats by simplifying the rules and cutting duplication.

It proposes that the two regulatory issues, admissions of securities to stock markets and public offer rules, are dealt with separately in future.

The government proposes removing the rule that it is a criminal offence to request admission to trading prior to a prospectus being published. The Financial Conduct Authority would instead be given new rule-making responsibilities on admissions to trading.

Alternatives are being considered to the requirement for a prospectus when a private company offers securities that are not admitted to a stock exchange. Ideas are being sought for easing the requirement on companies already listed overseas wanting to offer shares in the UK.

The importance of wellbeing at work

June 28, 2022
Editorial & Advertiser disclosureEditorial & Advertiser disclosureOur website provides you with information, news, press releases, Opinion and advertorials on various financial products and services. This is not to be considered as financial advice and should be considered only for information purposes. We cannot guarantee the accuracy or applicability of any information provided with respect to your individual or personal circumstances. Please seek Professional advice from a qualified professional before making any financial decisions. We link to various third party websites, affiliate sales networks, and may link to our advertising partners websites. Though we are tied up with various advertising and affiliate networks, this does not affect our analysis or opinion. When you view or click on certain links available on our articles, our partners may compensate us for displaying the content to you, or make a purchase or fill a form. This will not incur any additional charges to you. To make things simpler for you to identity or distinguish sponsored articles or links, you may consider all articles or links hosted on our site as a partner endorsed link.