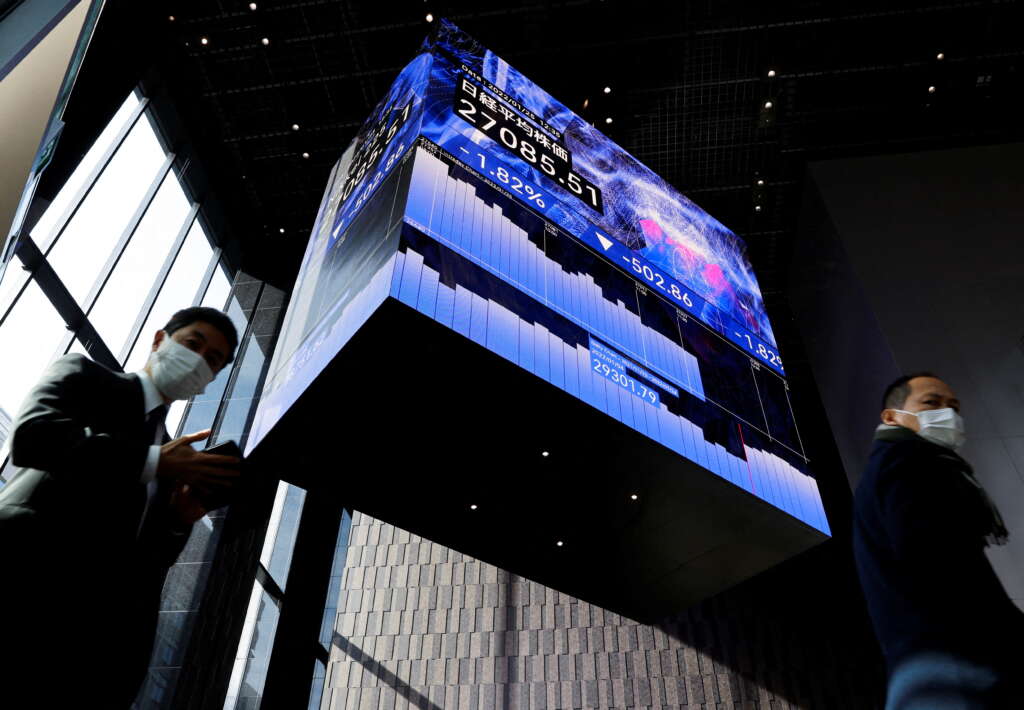 Our website publishes news, press releases, opinion and advertorials on various financial organizations, products and services which are commissioned from various Companies, Organizations, PR agencies, Bloggers etc. These commissioned articles are commercial in nature. This is not to be considered as financial advice and should be considered only for information purposes. It does not reflect the views or opinion of our website and is not to be considered an endorsement or a recommendation. We cannot guarantee the accuracy or applicability of any information provided with respect to your individual or personal circumstances. Please seek Professional advice from a qualified professional before making any financial decisions. We link to various third-party websites, affiliate sales networks, and to our advertising partners websites. When you view or click on certain links available on our articles, our partners may compensate us for displaying the content to you or make a purchase or fill a form. This will not incur any additional charges to you. To make things simpler for you to identity or distinguish advertised or sponsored articles or links, you may consider all articles or links hosted on our site as a commercial article placement. We will not be responsible for any loss you may suffer as a result of any omission or inaccuracy on the website.
Home Business Global share sell off pauses in Asia as investors await Fed policy update
Business

By Stella Qiu and Alun John

BEIJING (Reuters) – Asian share markets steadied on Wednesday after three sessions of losses as investors awaited any hints about faster tightening of monetary policy from the U.S. Federal Reserve later in the day.

MSCI’s broadest index of Asia-Pacific shares outside Japan slipped 0.1% on Wednesday, after sharp losses earlier in the week which have left the index off 2.8% this year. It is testing mid-December’s one-year low.

Japan’s Nikkei pared some early losses to trade 0.37% lower, hovering around its lowest level since Dec. 2020.

The cautious rebound for shares looked set to continue in Europe, with pan-region Euro Stoxx 50 futures 0.5% higher, and FTSE futures were up 0.8%.

Nasdaq futures climbed 0.3% in Asian trading, while the S&P 500 e-minis were flat, after all three main U.S. indices had fallen on Tuesday.

The Fed is due to update its policy plan later on Wednesday (1900 GMT) after a two-day meeting, and markets are priced for its first rate hike in March, with three more quarter-point increases by year-end.

“Asian markets are currently being affected by volatility in global markets, concerns about Fed tightening in the face of higher inflation and uncertainty about events in Russia and Ukraine,” said Mansoor Mohi-uddin, chief economist at Bank of Singapore.

“We expect the Fed meeting, however, will not add to volatility. The central bank is set to only finish its quantitative easing in March and while it will signal interest rates are likely to be raised in March too, the Fed will endorse market expectations for quarterly 25bps hikes for its fed funds rate rather than more aggressive tightening this year,” Mohi-uddin added.

Growing tensions as Russian troops massed on Ukraine’s border have added to a risk-averse environment for investors.

Globally, U.S. stocks posted their worst week since 2020 last week, and MSCI’s world index is on course for its biggest monthly drop since the COVID-19 pandemic hit markets in March 2020.

However, analysts thought this was unlikely to derail the Fed’s plans to tighten policy.

“As long as turbulence remains relatively contained to equity markets, the bar for the Fed becoming dovish is high,” said analysts at Nomura in a note.

They said they thought some of the Fed’s policy committee would interpret the latest sell off in equities as potentially taking out some of the “froth” in the market, so it would not change their view, especially amid worries about high inflation.

On Wednesday, China’s blue-chip index reversed earlier gains to slide 0.33% to its lowest since October 2020, while Hong Kong’s Hang Seng Index was down 0.3%.

The dollar index against a basket of major currencies was mostly unchanged, with the greenback near its month high versus the eurohit the day before. [FRX]

Gold prices were steady on Wednesday at $1,846 per ounce supported near the previous session’s 10-week high. [GOL/]