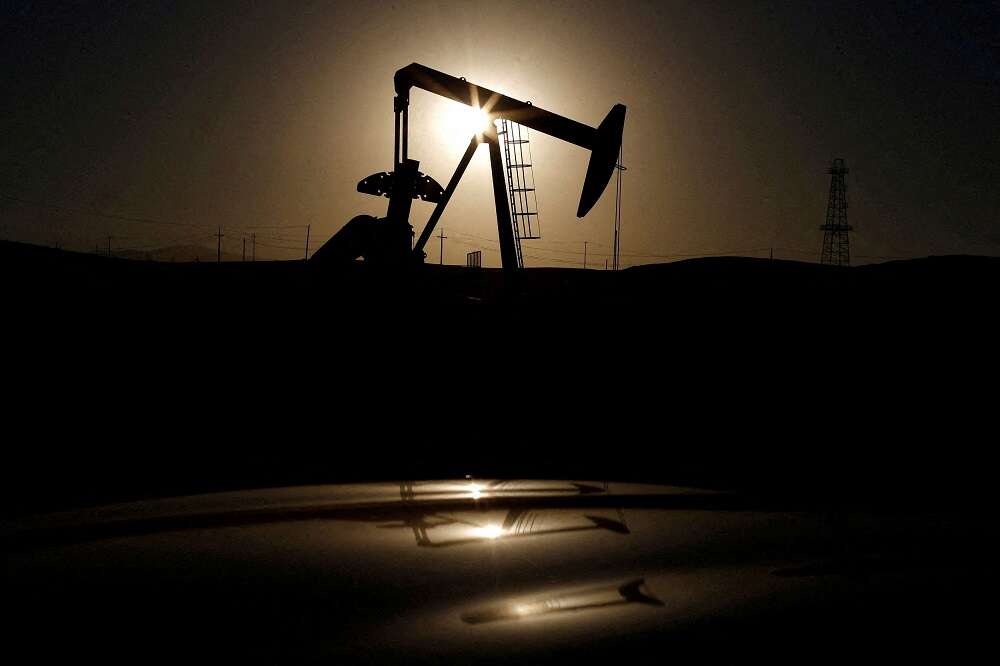 LONDON (Reuters) -Oil prices steadied after trading in and out of positive territory on Thursday as investors weighed up tightening Russian supplies and the prospect of slowing fuel demand in China.

Both contracts had gained 30 cents on Wednesday on concerns over tight global oil supplies and another drawdown in U.S. distillate and gasoline stocks. On Thursday the contracts traded in a range of about $3 a barrel.

The U.S. Energy Information Administration said that crude stocks rose by only 692,000 barrels last week, short of expectations, but distillate inventories including diesel and jet fuel fell to their lowest since May 2008. [EIA/S]

Russian oil production could fall by as much as 17% in 2022, according to an economy ministry document seen by Reuters, as the country contends with Western sanctions.

Despite this expected shortfall, the OPEC+ group of producers comprising the Organization of the Petroleum Exporting Countries and allies led by Russia is expected to agree another modest output increase for June when it meets on May 5, sources told Reuters.

Concern over slowing demand weighed on market sentiment, however.

“Fears of spluttering economic growth have sent the dollar to highs not seen since March 2020, equity markets are tepid at best, Chinese restrictions have not been erased from the back of investors’ minds and these have capped gains in crude oil,” said PVM Oil analyst Tamas Varga.

The U.S. dollar surged to its highest levels in two decades on Thursday propelled by widespread weakness in its major rivals, such as the yen and the euro. A stronger dollar is usually bearish for oil prices which are priced in the greenback, as it makes it more expensive to holders of other currencies.

In China, Beijing closed some public spaces and stepped up COVID-19 checks at others as most of the city’s 22 million residents embarked on more mass testing in an effort to avert a Shanghai-like lockdown. The most recent lockdown has disrupted factories and supply chains, raising fears over the country’s economic growth.

But Asia’s biggest oil refiner, Sinopec Corp, expects the country’s demand for refined oil products to recover in the second quarter as COVID-19 outbreaks are gradually brought under control.

A slowdown in global growth owing to higher commodity prices and an escalation in the Russia-Ukraine conflict could further exacerbate oil demand fears.

The global economy will expand more slowly than predicted three months ago, according to Reuters polls of more than 500 economists.

Median forecasts for global growth collected in this month’s Reuters polls on more than 45 economies were chopped to 3.5% this year and 3.4% for 2023, down from 4.3% and 3.6% respectively in a January poll.

The International Monetary Fund forecasts 3.6% growth in both years.

Factbox-Who is buying Russian crude oil and who has stopped