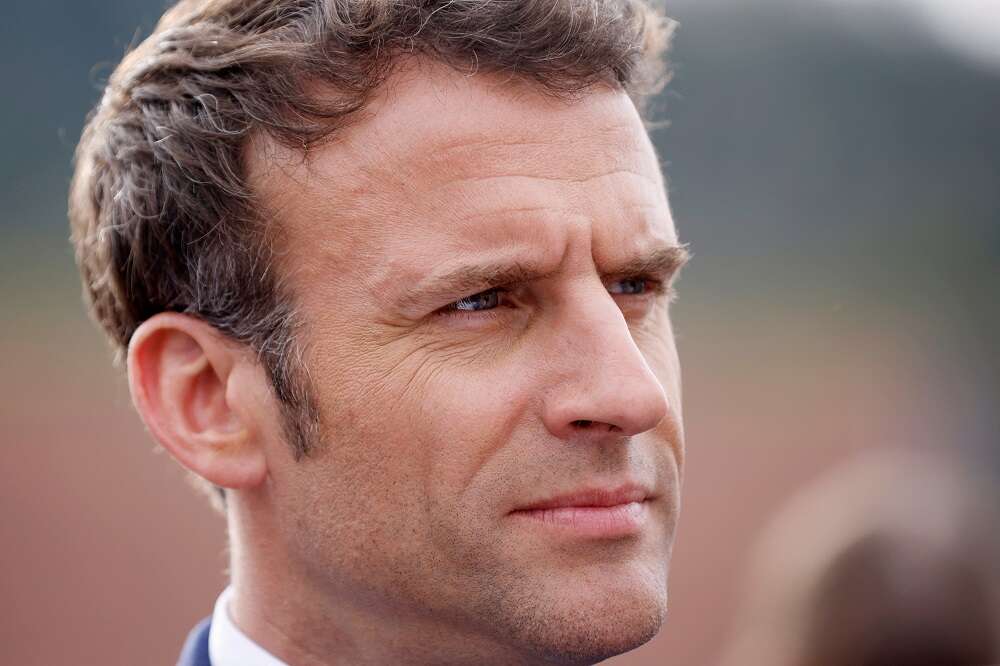 Our website publishes news, press releases, opinion and advertorials on various financial organizations, products and services which are commissioned from various Companies, Organizations, PR agencies, Bloggers etc. These commissioned articles are commercial in nature. This is not to be considered as financial advice and should be considered only for information purposes. It does not reflect the views or opinion of our website and is not to be considered an endorsement or a recommendation. We cannot guarantee the accuracy or applicability of any information provided with respect to your individual or personal circumstances. Please seek Professional advice from a qualified professional before making any financial decisions. We link to various third-party websites, affiliate sales networks, and to our advertising partners websites. When you view or click on certain links available on our articles, our partners may compensate us for displaying the content to you or make a purchase or fill a form. This will not incur any additional charges to you. To make things simpler for you to identity or distinguish advertised or sponsored articles or links, you may consider all articles or links hosted on our site as a commercial article placement. We will not be responsible for any loss you may suffer as a result of any omission or inaccuracy on the website.
Home Headlines Poverty, education levels draw battle lines in French election
Headlines

Sensing people’s frustration in the face of rocketing inflation, Le Pen pivoted her campaign from her usual anti-immigration, eurosceptic message to how she would help restore families’ budgets.

Macron won 27.8% of votes ahead of Le Pen’s 23.2% in the first round of voting on Sunday, but there were big regional divergences with election battle lines drawn along local economic, social and demographic contours.

The demographic analysis of the results showed Le Pen’s promise best resonated where it matters the most – in areas with lower living standards, where more people drop out of high school, have lower life expectancy, and suffer from more crime.

The analysis also suggests Macron will have a tough time reaching voters outside his base of educated, middle-class city dwellers. 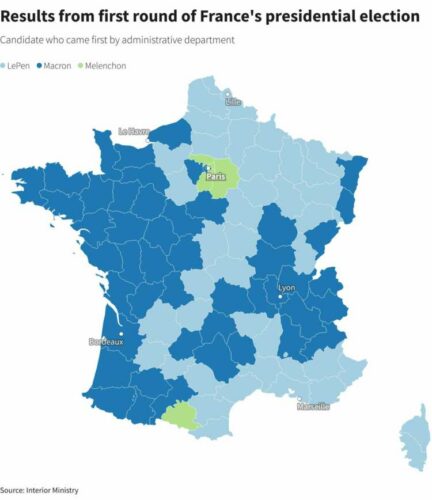 Graphic: Results from first round of France’s presidential election – https://graphics.reuters.com/FRANCE-ELECTIONS/jnvwekdkbvw/chart.png

In its analysis, Reuters used a machine learning algorithm to rank 45 demographic and economic variables according to how well they correlate with candidates’ scores in regional administrative districts, known in France as departments.

As in 2017, economic wealth and education levels were key determinants on Sunday whether departments leaned towards Macron or Le Pen, although the correlation with higher standards of living was stronger this time for Macron.

Conversely, Macron did worse and Le Pen significantly better in areas with more poverty. On average, 12.7% of the population lives in poverty in departments where Macron came in first, and 16% where Le Pen got the most votes. 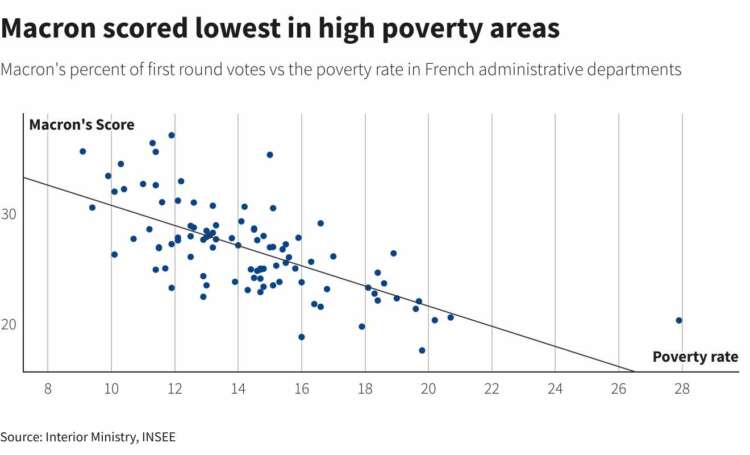 Official government data indicate that France saw broad gains in gross disposable income during Macron’s presidency although the spike in inflation over the last six months is quickly eating that away.

But his weak results in high unemployment and low income areas suggest his message that he is best placed to reverse the trend is falling on deaf ears in areas that need help the most.

The factor most closely correlated with Le Pen’s performance was life expectancy, which often serves as a catch-all barometer for general economic and social well-being.

In departments where Le Pen came first, females born in 2021 had life expectancy one year shorter than where Macron won.

In the two industrial northern departments where Le Pen did best – the Aisne and Pas-de-Calais – female life expectancy was two years below the national average. In Aisne, where Le Pen had her best first-round result with 39% of votes, nearly 30% of residents have no upper school diplomas, compared with a national average of 21%.

Taking note, for his first campaign stop after Sunday’s vote, Macron took the fight against Le Pen straight to the poor northern town of Denain. 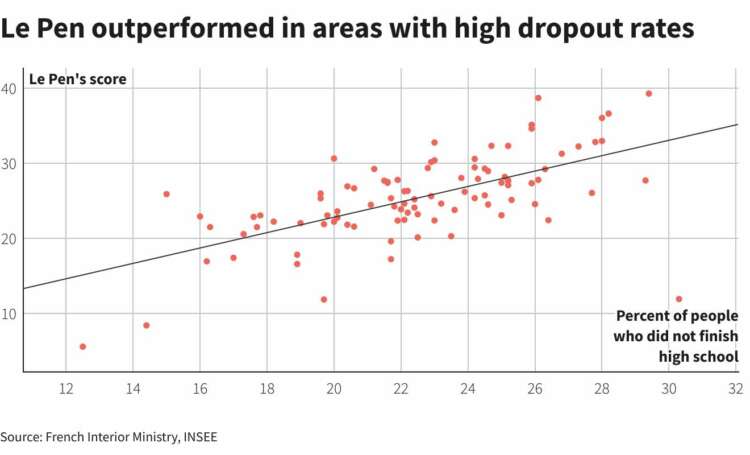 Heading into the runoff round, Macron and Le Pen will both be also hunting for votes of supporters of hard-left leader Jean-Luc Melenchon, who came in third in the first round just behind Le Pen with 22% of the votes.

The veteran firebrand leftist did best in urban areas with a higher share of young, university-educated voters who find Macron has drifted too far to the right for their tastes.

Melenchon won nearly half of the votes in northeastern Paris commuter suburb of Seine-Saint-Denis, where immigrants make up more than 30% of the population – the highest in France.

With those votes up for grabs, Le Pen and Macron will first have to convince people in the department to simply bother to vote as abstentions were higher there than anywhere else outside of Corsica.

Putin says peace talks with Ukraine are at dead end, goads the West