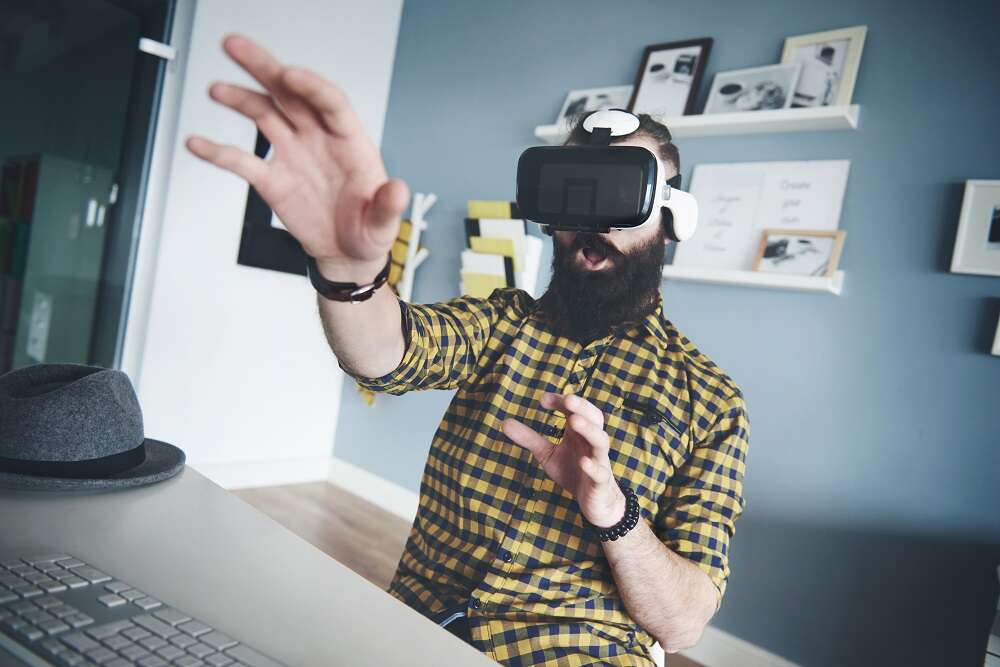 Home Innovation The rise of augmented and virtual reality – now used in training by 40% of SME’s.
Innovation

The rise of augmented and virtual reality – now used in training by 40% of SME’s.

Research from the leading B2B software search website has found that AR/VR tools that were once preserved for giant tech corporations have now become a popular resource among SME’s in the UK.

UK, September 28th, 2021- Software Advice’s survey has revealed that 40 per cent of small to medium-sized corporations use AR and/or VR in training. Of this percentage, 59 per cent implemented it for the first time during the pandemic.

The survey revealed that the bigger SME’s (100-250 employees), and the SME’s with a younger workforce were most likely to utilise AR/VR. Younger respondents in general demonstrated more interest in AR/VR technology than older respondents. Moreover, of the companies that do not yet use AR/VR, 41% would consider deploying it in the future.

Respondents highlighted the many benefits that come from the use of AR, including that 61 per cent claim that it helps employees better understand the job, 51 per cent say it adds a layer of practicality to the training process and 35 per cent believe it aids employees in learning faster. Additionally, 33 per cent believe it to be a cost-effective tool.

VR had a similar response rate, however, only 47% believed it to help employees understand the job, as opposed to 67 per cent for AR. A similar number of respondents cited affordability as a benefit of AR and VR, even though VR is three times more expensive than AR.

86 per cent plan to continue to use AR/VR once the pandemic is over. The advantages of incorporating AR/VR during a pandemic are wide-ranging, including helping companies adhere to social distancing, reduced costs for businesses struggling financially, capacity to deliver to a distributed workforce, as well as features for internal (employee-facing) and external (customer-facing) applications.

The pandemic has drastically shaped businesses, including the tools they use. It has propelled them into becoming more technologically advanced and diverse. This is exemplified through the adoption of AR/VR in SMEs. Once seen as a complicated, expensive and technical tool, now it has evolved into becoming part of the everyday for many SMEs. As technologies advance further and therefore become cheaper to implement, more and more mechanised tools such as AR/VR will start being utilised on a daily basis.

Data for the AR/VR survey was collected in August and September 2021, in which 1,000 UK managers and owners of SME’s responded to Software Advice’s survey.

‘SKILLS INVESTMENT MUST FOLLOW FURLOUGH TO SUPPORT AN EVOLVING WORKFORCE’

January 13, 2022
Editorial & Advertiser disclosureEditorial & Advertiser disclosureOur website provides you with information, news, press releases, Opinion and advertorials on various financial products and services. This is not to be considered as financial advice and should be considered only for information purposes. We cannot guarantee the accuracy or applicability of any information provided with respect to your individual or personal circumstances. Please seek Professional advice from a qualified professional before making any financial decisions. We link to various third party websites, affiliate sales networks, and may link to our advertising partners websites. Though we are tied up with various advertising and affiliate networks, this does not affect our analysis or opinion. When you view or click on certain links available on our articles, our partners may compensate us for displaying the content to you, or make a purchase or fill a form. This will not incur any additional charges to you. To make things simpler for you to identity or distinguish sponsored articles or links, you may consider all articles or links hosted on our site as a partner endorsed link.