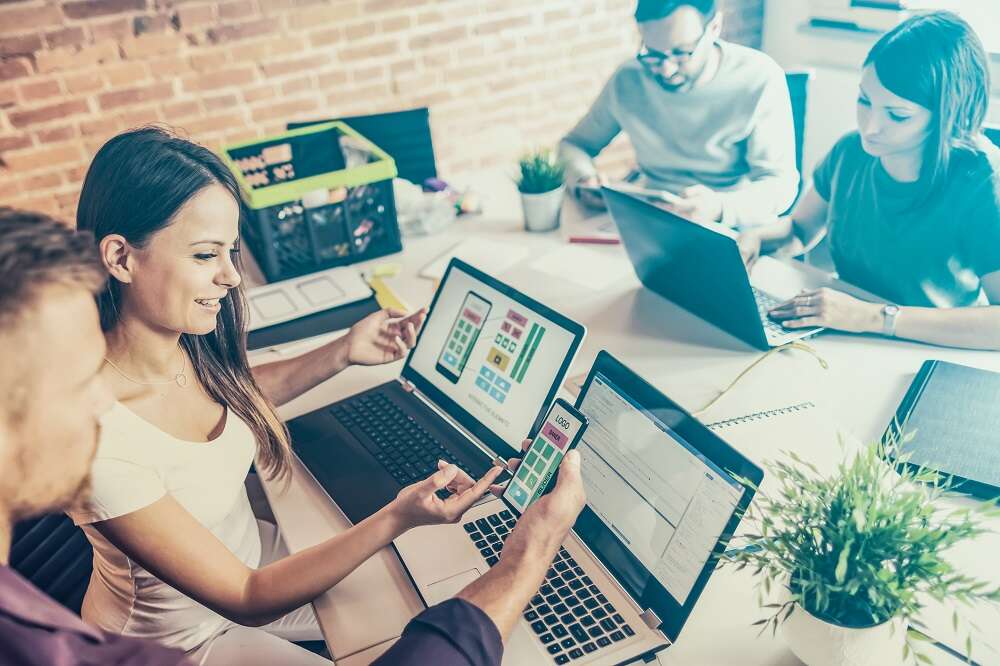 Our website publishes news, press releases, opinion and advertorials on various financial organizations, products and services which are commissioned from various Companies, Organizations, PR agencies, Bloggers etc. These commissioned articles are commercial in nature. This is not to be considered as financial advice and should be considered only for information purposes. It does not reflect the views or opinion of our website and is not to be considered an endorsement or a recommendation. We cannot guarantee the accuracy or applicability of any information provided with respect to your individual or personal circumstances. Please seek Professional advice from a qualified professional before making any financial decisions. We link to various third-party websites, affiliate sales networks, and to our advertising partners websites. When you view or click on certain links available on our articles, our partners may compensate us for displaying the content to you or make a purchase or fill a form. This will not incur any additional charges to you. To make things simpler for you to identity or distinguish advertised or sponsored articles or links, you may consider all articles or links hosted on our site as a commercial article placement. We will not be responsible for any loss you may suffer as a result of any omission or inaccuracy on the website.
Home Opinion UK Has 5 Million Hidden Lone Workers
Opinion

New research shows that 64% of UK employees who regularly work without close contact or supervision would not consider themselves a lone worker, therefore putting their safety at significant risk.

StaySafeApp.com, a smartphone app and cloud-based monitoring service which monitors the location of 60,000 employees via GPS or satellite whilst they are at work and alerts their employer if they do not check-in within a specified time, commissioned the survey of 1,500 lone workers and health and safety professionals.

Nine out of ten survey respondents stated they are working away from colleagues for three or more days per week, and yet, more than half of those don’t see themselves as a ‘lone worker’.

The survey highlighted the fact that women are more concerned about the majority of workplace risks than men, indicating that, overall, women feel more vulnerable when working alone. This is also the case for workers aged 45 and over, who also reported being more worried about workplace hazards than their younger counterparts.

The majority of companies who responded to the survey (68%) have experienced an incident involving a lone worker in the past three years, with a fifth of these incidents described as severe or very severe. In addition, nearly a quarter of staff feel unsafe at least once a year.

Lone workers may also be at an increased risk of stress and fatigue. More than half of incidents involving lone workers (59%) involve stress, mental health issues and tiredness. This indicates that lone workers may have a tendency to feel under increased pressure at work, work long hours or lack support from colleagues.

Only half (51%) of lone workers stated they know a company has ultimate responsibility for their safety and two thirds (66%) claim that they have not had any formal training or briefings on lone worker safety regulations. A significant number of lone workers are left vulnerable, as only half of employees who are concerned about violence and aggression associated with their role, claim to have had conflict resolution training.
Interestingly, industries which carried out the most training also recorded the lowest numbers of lone worker incidents, which indicates there is a positive correlation between training and increased levels of safety.

Larger companies are more likely to undertake health and safety training for their lone workers, with companies employing more than 1000 people 23% more likely to hold training sessions than those with less than 250 staff members.

Training is most common within charities, social services and the NHS, whilst companies operating within the utilities, teleco, engineering and construction space were found to be the least likely to have undertaken formal safety training for their lone workers.

Don Cameron, CEO of StaySafeApp.com, comments: “Our report has highlighted the disconnect between employee perception and the reality of their lone worker status. It is, as the saying goes, quite literally an accident waiting to happen. It’s estimated that there are up to 8 million lone workers in the United Kingdom, which is 22% of the 31.2 million UK working population. Up to 5 million of these lone workers don’t know their correct status. The NHS is one organisation that is estimated to employ 100,000 staff who work alone every day.

“If your staff don’t see themselves as lone workers, they may not be taking their safety – and additional vulnerability – as seriously as they should. This is a major concern for employers, as ultimately, they are responsible for their employees safety. Our research suggests that employers need to be better at identifying and communicating with their lone workers, as well as providing specific health and safety training to ensure that lone workers recognise their status and take the appropriate safety precautions.”

What is the definition of a lone worker?

Lone working has grown in popularity as advances in technology make it possible for staff to work remotely with ease and carry out complex tasks alone. This means you are likely to find lone workers in almost every industry today, from local authorities to construction, healthcare to engineering and charities to utilities.

Lone workers face similar types of risks to non-lone working employees. However, as any risks are faced alone, they are more vulnerable to harm. Lone working is considered a higher risk activity for a variety of reasons. For example, lone workers may be more susceptible to attack because they are seen as an easy target. If they suffer an accident or other emergency situation, there is no one with them to help or call for assistance. A lone employee may take on more physical work, such as lifting, than they are capable of because no one is there to help and then hurt themselves as a result.

Herald Scotland reports people working in the night-time industries can face a higher risk from getting home than those working more regular hours, with many public transport services ending at midnight and taxi services being expensive or too busy.

The Scottish Greens’ Maggie Chapman is to bring forward a 12-week consultation before Christmas on a members’ bill requiring employers finishing work in the early hours to show they can get their staff back home.

Zoom shares down 90% from peak as pandemic boom fades