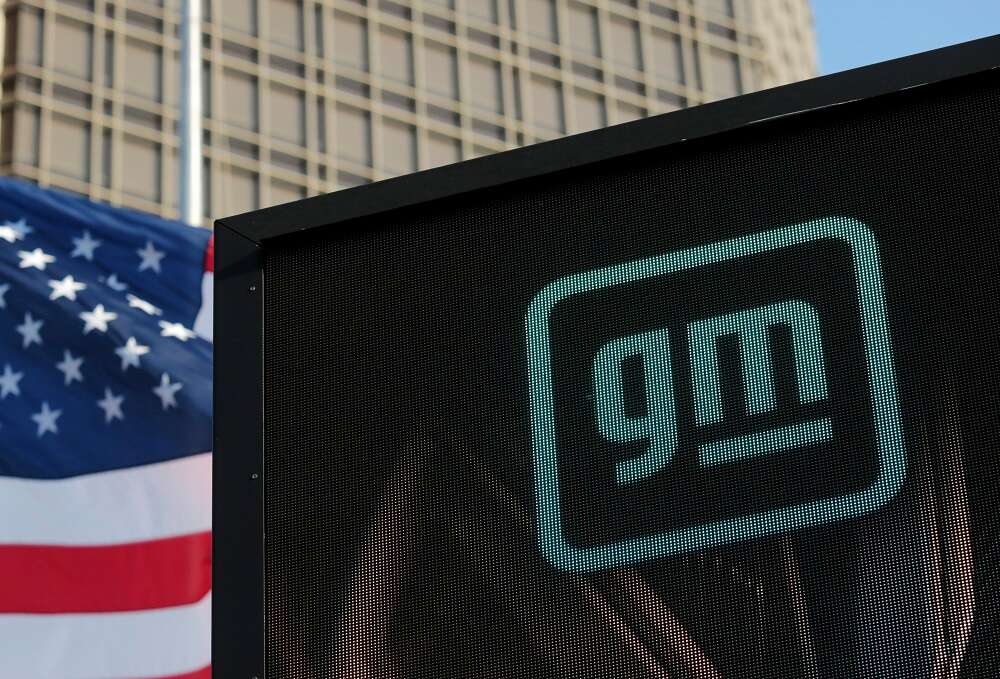 By Ben Klayman and Paul Lienert

DETROIT (Reuters) -General Motors Co’s pickup trucks are hauling in cash through the global semiconductor shortage and a resurgent pandemic, but investors on Wednesday signaled they want more from Chief Executive Mary Barra.

Shares in the No. 1 U.S. automaker fell 7.8%. The downbeat reaction to GM’s numbers – and to strong results earlier Wednesday from Toyota Motor Corp and Honda Motor Co – underscore the uncertainty facing global automakers in a time of technological and economic disruption.

Barra, in a call on Wednesday, said GM will “continue to see the impact this year” of the chip shortage, and expects it will continue into the new year.

GM reported second quarter net income of $2.8 billion, or $1.90 a share, compared with a loss in the year-earlier quarter of $806 million, or 56 cents a share. The latest results included an $800 million cost for a second recall of Chevrolet Bolt electric cars.

Excluding items, GM earned $1.97 a share. But analysts were expecting $2.23 a share, according to IBES data from Refinitiv.

Rival Stellantis NV earlier this week boosted its target for full-year operating profit margins to about 10% from an earlier forecast of 5.5%-7.5%.

But GM’s truck franchise market faces threats from Washington, where the Biden administration is expected as early as this week to propose tougher vehicle emissions limits and an accelerated shift to electric vehicles.

The grinding pandemic also continues to threaten GM’s profit machine, directly and indirectly. The company expects to lose production of about 100,000 vehicles in North America in the second half, and anticipates commodity costs rising by $1.5 billion-$2.0 billion.

The spreading Delta variant poses a threat to the company’s workers. GM, Ford Motor Co and Stellantis NV, along with the United Auto Workers, on Tuesday reinstated mandatory mask wearing in their U.S. factories, and called on workers to get vaccinated.

GM has not followed other large U.S. employers in mandating workers get COVID vaccinations. But Barra did not rule out further steps to combat the Delta variant. “We are evaluating what is appropriate and talking to different stakeholders,” Barra said. “We are evaluating multiple choices we can make.”

A ‘MUCH LEANER’ GM

The supply chain crunch and the pandemic have forced GM to learn how to sustain sales and profits with far less inventory at U.S. dealers than in the past.

Going forward, Barra said, “we will be much leaner and efficient.”

GM’s inventories of unsold vehicles as of June 30 were half the year ago levels. It said it had $1.4 billion worth of vehicles in inventory that had been built without certain electronics modules because of the lack of semiconductors.

GM said its more bullish full-year outlook depended on having no vehicles stuck in inventory because of a lack of semiconductors. As of June 30, GM said it had $1.4 billion worth of incomplete vehicles in inventory.

The company reiterated its plan to introduce more than 30 electric vehicles by 2025, including two new EVs that will be aimed at commercial and small-business customers.

However, the second quarter results illustrated the risks of new technology. The money set aside to pay for recalling Bolts to deal with a risk the batteries could catch fire cost an average $11,600 per car.

GM said its previously announced investment of $35 billion between 2020 and 2025 is primarily to increase manufacturing capacity for EVs and batteries. The company said it will add EV production capacity by converting existing combustion-engine vehicle assembly plants.

GM said adjusted earnings before interest and taxes were a record $4.1 billion, and $8.5 billion in the first half.

(Reporting by Paul Lienert and Ben Klayman in Detroit, writing by Joe White, editing by Louise Heavens and Nick Zieminski)

Building Culture in a Startup or Scale-up and...

For the future and beyond – how to...

September 20, 2021
Editorial & Advertiser disclosureEditorial & Advertiser disclosureOur website provides you with information, news, press releases, Opinion and advertorials on various financial products and services. This is not to be considered as financial advice and should be considered only for information purposes. We cannot guarantee the accuracy or applicability of any information provided with respect to your individual or personal circumstances. Please seek Professional advice from a qualified professional before making any financial decisions. We link to various third party websites, affiliate sales networks, and may link to our advertising partners websites. Though we are tied up with various advertising and affiliate networks, this does not affect our analysis or opinion. When you view or click on certain links available on our articles, our partners may compensate us for displaying the content to you, or make a purchase or fill a form. This will not incur any additional charges to you. To make things simpler for you to identity or distinguish sponsored articles or links, you may consider all articles or links hosted on our site as a partner endorsed link.