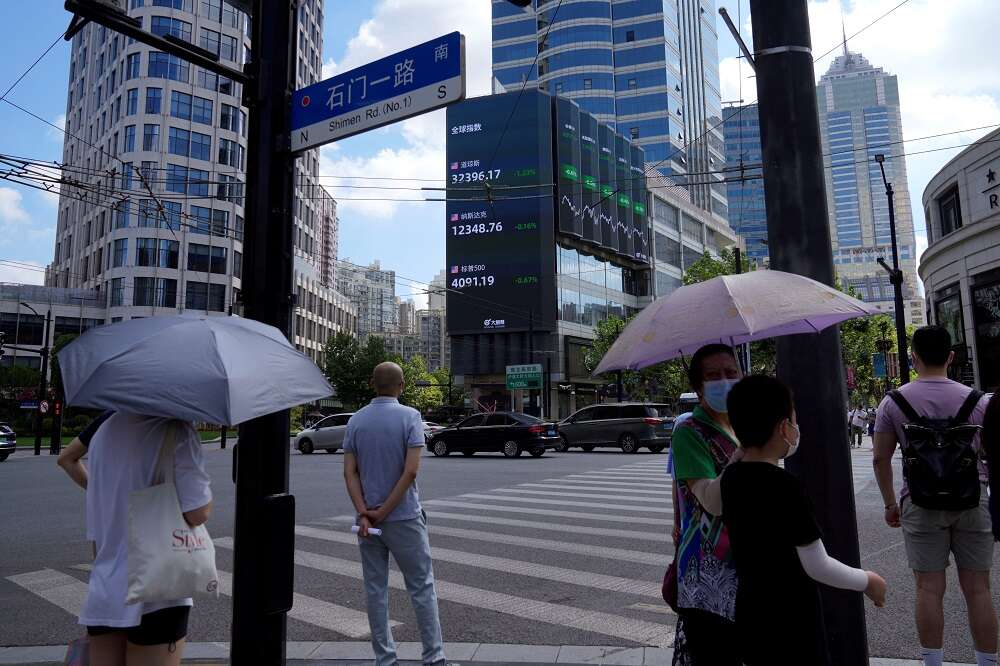 Our website publishes news, press releases, opinion and advertorials on various financial organizations, products and services which are commissioned from various Companies, Organizations, PR agencies, Bloggers etc. These commissioned articles are commercial in nature. This is not to be considered as financial advice and should be considered only for information purposes. It does not reflect the views or opinion of our website and is not to be considered an endorsement or a recommendation. We cannot guarantee the accuracy or applicability of any information provided with respect to your individual or personal circumstances. Please seek Professional advice from a qualified professional before making any financial decisions. We link to various third-party websites, affiliate sales networks, and to our advertising partners websites. When you view or click on certain links available on our articles, our partners may compensate us for displaying the content to you or make a purchase or fill a form. This will not incur any additional charges to you. To make things simpler for you to identity or distinguish advertised or sponsored articles or links, you may consider all articles or links hosted on our site as a commercial article placement. We will not be responsible for any loss you may suffer as a result of any omission or inaccuracy on the website.
Home Headlines Shares slip, dollar dominates as recession fears rise
Headlines

By Herbert Lash and Lawrence White

NEW YORK/LONDON (Reuters) – U.S. and European shares slumped and the dollar surged on Monday as fears mounted that central bank efforts to tame rising consumer prices with inflation-busting interest-rate hikes will weaken the global economy and possibly spark a recession.

The benchmark European STOXX index fell 1.02% to its lowest in almost four weeks after Russia’s Gazprom said it would halt natural gas supplies to Europe for three days at the end of August.

Wall Street’s three major indexes were around 1.5-2% lower as the market turned more apprehensive about remarks at week’s end from Federal Reserve Chair Jerome Powell in Jackson Hole, Wyoming, when he will discuss the Fed’s mission to keep inflation low.

The dollar strengthened, knocking the euro below parity at 0.9973 and pushing the Canadian dollar to breach 1.30 against the greenback. The strong dollar led gold prices to fall 1% to their lowest level in nearly four weeks.

“Ahead of Jackson Hole the dollar is going to remain relatively firm, even though it’s overextended,” said Marc Chandler, chief market strategist at Bannockburn Global Forex.

Despite a quick shift toward a more hawkish view of the Fed, “the market has this habit of reading Powell to be dovish. So, I see the risk of ‘buy the rumor,’ the rumor of a hawkish Fed and then sell it on the fact,” he said.

Fed funds futures are now pricing in a 52.5% chance of a 75 basis point hike by the Fed in September, instead of the greater probability of a smaller 50 basis point hike.

A Reuters poll of economists forecast the Fed will raise rates by 50 basis points in September, with the risks skewed towards a higher peak.

A closely watched part of the U.S. Treasury yield curve measuring the gap between yields on two- and 10-year notes inverted further at -28.9 basis points in a sign recession bets have increased.

“The inverted yield curve is signaling a massive ‘recession’ is upon us,” said Tom di Galoma, managing director at Seaport Global Holdings, in a note to investros. “Yield curve inversions are great predictors of recessions,” he said.

All 11 of the major S&P 500 sectors slid, with rate-sensitive information technology, consumer discretionary and communication services stocks the top three decliners, down more than 2% each.

A four-week rally for the Nasdaq and the S&P 500 snapped last week as the benchmark 10-year Treasury yield steadily rose and hit 3% early Monday on inflation fears. The 10-year note rose 0.9 basis points in price to yield 2.9979%. [US/]

One exception to the tightening trend is China, where the central bank trimmed some key lending rates by between 5 and 15 basis points on Monday in a bid to support a slowing economy and a stressed housing sector.

Unease over China’s economy tipped the yuan to a 23-month low, while pressuring stocks across the region.

MSCI’s broadest index of Asia-Pacific shares outside Japan fell 1.02%, while its index of shares across the globe slid 1.55%.

Global bond yields spiked last week amid the relentless drumbeat of worrying inflation data, with British 10-year yields up by the most in five years and Bund yields likewise soaring on reports showing sky-high prices.

Minutes of the European Central Bank’s most recent policy meeting are due this week and are likely to sound hawkish, since they decided to hike by 50 basis points.

The rise in the dollar has been a setback for gold, which extended its slide to $1,735 an ounce as expectations of higher interest rates hurt non-yielding bullion. [GOL/]

Oil prices were also under pressure, amid worries about global demand and the robust dollar, as well as consultations between the United States and the European Union on Iran’s response to the latest nuclear pact proposal. [O/R]