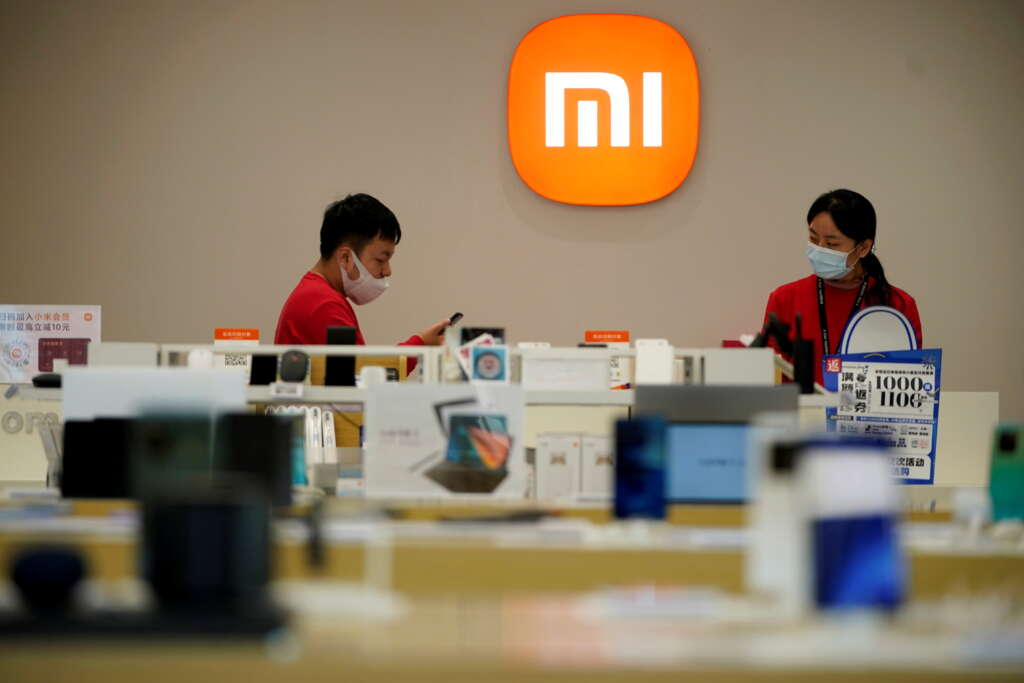 SHANGHAI (Reuters) – Chinese smartphone maker Xiaomi Corp is revamping its playbook in its home country by opening thousands of new stores to spur domestic sales growth in a highly competitive market, and provide a channel for its plans to sell electric vehicles.

Xiaomi opened its 10,000th store on Oct. 30, capping a promise to double its offline store count, and set a fresh target to open 30,000 shops over the next two to three years.

The brick-and-mortar push is a shift for a company that grew rapidly by pioneering online smartphone sales, and shows how some Chinese businesses are responding to persistently soft consumption and slowing economic growth.

But it comes with challenges in the form of higher advertising and inventory costs, analysts said.

“In the future, the company’s strategy will tilt more towards offline based on our sales capabilities. Our initial goal is that our offline sales will achieve the same volume as our online sales,” Shang Jin, Xiaomi’s general manager of retail for China, told Reuters.

While Hong Kong-listed Xiaomi has successfully expanded overseas, it lags behind larger rivals such as privately-owned Oppo and Vivo in its home market because of its weak offline presence. About 70% of all smartphones in China are purchased offline, while Xiaomi gets 30% of its sales offline.

Xiaomi’s new stores also offer its suite of internet-connected home appliances and cameras which have fatter margins than phones – analysts say about 15% fatter – and set it apart from its rivals.

Looking ahead, Xiaomi hopes its new stores will become showrooms for its electric cars, which company founder Lei Jun has said will be his last major entrepreneurial project. The company aims to mass produce cars by 2024.

PLAYING CATCH-UP Xiaomi has pursued an online sales model because it helps keep prices low without networks of offline distributors.

This strategy has helped the company grow rapidly from its birth in 2010. It overtook Apple Inc in the second quarter to become the world’s No. 2 smartphone maker, according to market research firm Canalys.

However in its home market, the world’s biggest, it has slipped in the rankings from first in 2015 to fourth in the third quarter, lagging behind Vivo, Oppo, and Huawei spin-off Honor.

As its domestic market share has struggled to keep pace, so have its store openings. Xiaomi opened its first stores in China in 2015 but it is far behind Oppo and Vivo, both owned by BBK Electronics. Shang says those two rivals now have about 200,000 stores in China.

This year, to increase its store count, Xiaomi altered its offline distribution model to lure in more franchise partners. While it owns some of its stores, it eventually aims for a majority to be franchisees, particularly in rural areas.

Under this new plan, for certain stores Xiaomi only classifies a device as “sold” when a consumer purchases it rather than when it is shipped to middlemen. This lowers inventory risk for the stores and shifts the burden of unsold inventory back to the manufacturer.

“Compared to store rent and labor cost, inventory is the biggest risk for smartphone retail businesses,” Shang said, adding that the new system meant “no stockpiling”.

This helps sweeten the deal for franchisees, who otherwise may balk at Xiaomi’s relatively lower margins per phone. “Xiaomi can’t increase their profit margins without increasing their price, which they won’t do,” said Nicole Peng, who tracks China’s smartphone market at Canalys. “So now they’re saying to vendors, ‘You’ll make a smaller margin but I’ll take the risk away from you’.”

The new system is not without its costs. Peng said it would force Xiaomi to invest more in offline advertising, which is more expensive than online advertising.

And since franchisees did not own inventory, they could more easily switch to selling non-Xiaomi products if they were unsatisfied.

In the longer term, Peng said the store expansion made sense for Xiaomi’s push into electric cars, which would require dealerships.

“Cars are not standardised and customers demand a lot of customisation based on personal preference. Offline sales are very important for that,” she said.

ESG action downgraded as a priority by SMEs

May 11, 2022
Editorial & Advertiser disclosureEditorial & Advertiser disclosureOur website provides you with information, news, press releases, Opinion and advertorials on various financial products and services. This is not to be considered as financial advice and should be considered only for information purposes. We cannot guarantee the accuracy or applicability of any information provided with respect to your individual or personal circumstances. Please seek Professional advice from a qualified professional before making any financial decisions. We link to various third party websites, affiliate sales networks, and may link to our advertising partners websites. Though we are tied up with various advertising and affiliate networks, this does not affect our analysis or opinion. When you view or click on certain links available on our articles, our partners may compensate us for displaying the content to you, or make a purchase or fill a form. This will not incur any additional charges to you. To make things simpler for you to identity or distinguish sponsored articles or links, you may consider all articles or links hosted on our site as a partner endorsed link.