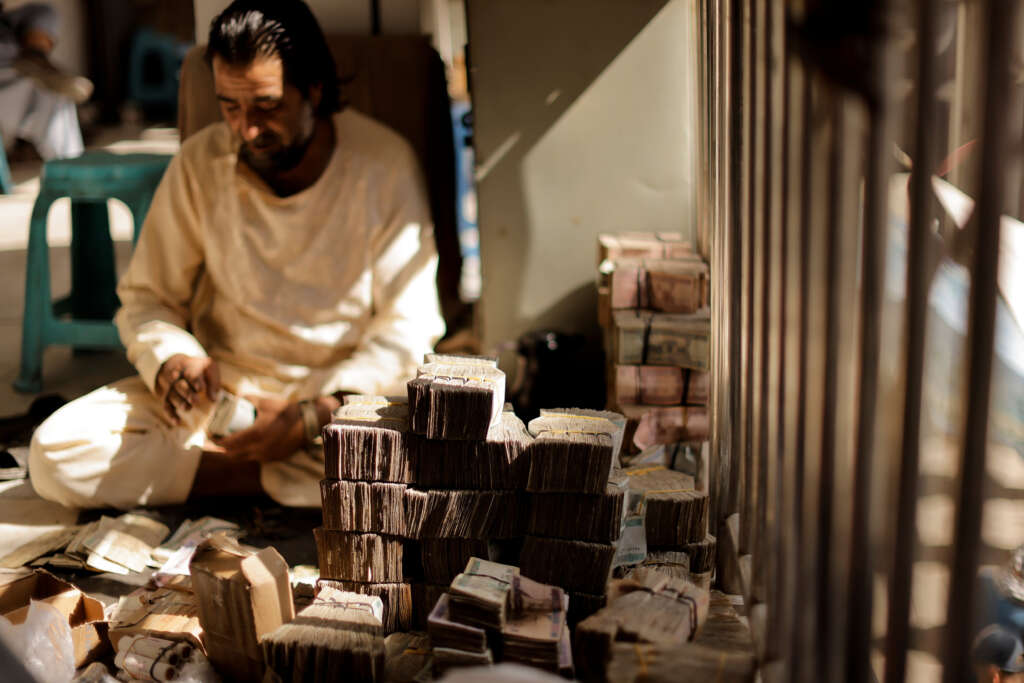 Our website publishes news, press releases, opinion and advertorials on various financial organizations, products and services which are commissioned from various Companies, Organizations, PR agencies, Bloggers etc. These commissioned articles are commercial in nature. This is not to be considered as financial advice and should be considered only for information purposes. It does not reflect the views or opinion of our website and is not to be considered an endorsement or a recommendation. We cannot guarantee the accuracy or applicability of any information provided with respect to your individual or personal circumstances. Please seek Professional advice from a qualified professional before making any financial decisions. We link to various third-party websites, affiliate sales networks, and to our advertising partners websites. When you view or click on certain links available on our articles, our partners may compensate us for displaying the content to you or make a purchase or fill a form. This will not incur any additional charges to you. To make things simpler for you to identity or distinguish advertised or sponsored articles or links, you may consider all articles or links hosted on our site as a commercial article placement. We will not be responsible for any loss you may suffer as a result of any omission or inaccuracy on the website.
Home News U.S. to move $3.5 billion in Afghan central bank assets to Swiss-based trust
News

WASHINGTON (Reuters) -The United States on Wednesday announced that it would transfer $3.5 billion in Afghan central bank assets into a new Swiss-based trust fund that will be shielded from the Taliban and used to help stabilize Afghanistan’s collapsed economy.

The Afghan Fund, managed by a board of trustees, could pay for critical imports like electricity, cover debt payments to international financial institutions, protecting Afghanistan’s eligibility for development aid, and fund the printing of new currency.

“The Afghan Fund will protect, preserve and make targeted disbursements of that $3.5 billion to help provide greater stability to the Afghan economy,” the U.S. Treasury said in a statement.

U.S. officials said no money would go to the Afghan central bank, known as DAB, until it is “free of political interference” – diplomatic parlance for replacing the bank’s top Taliban officials, two of whom are under U.S. and U.N. sanctions, with banking professionals – and anti-money laundering safeguards are instituted.

“Until these conditions are met, sending assets to DAB would place them at unacceptable risk and jeopardize them as a source of support for the Afghan people,” U.S. Deputy Treasury Secretary Wally Ademeyo said in a letter to the central bank’s Supreme Council seen by Reuters.

The DAB said the central bank’s reserves belonged to the Afghan people and their purpose was to ensure currency stability, the strength of the financial system, and facilitating international trade.

“Any decision regarding the assignment, use or transfer of the reserves for unrelated goals is unacceptable to DAB,” a DAB statement said.

The new foundation is based in Geneva and has an account with the Basel-based Bank for International Settlements (BIS), which provides financial services to central banks.

“The BIS is establishing a customer relationship with the Fund for the Afghan People. The BIS role is limited to providing banking services to and executing the instructions of the Board of Trustees of the Fund without involvement in the Fund’s governance or decision making,” the BIS said, adding it would comply with all applicable sanctions and regulations.

The Swiss government said https://www.admin.ch/gov/en/start/documentation/media-releases.msg-id-90338.html it would support the foundation that it helped Washington set up by contributing finance and development expertise. It named foreign ministry official Alexandra Baumann as its board representative.

The fund will not resolve serious problems driving dire economic and humanitarian crises threatening to worsen as winter approaches. Nearly half of Afghanistan’s 40 million people face “acute hunger,” according to the United Nations.

The Taliban’s biggest fiscal challenge is developing new revenues to compensate for financial aid that provided up to 75% of government spending that the United States and other donors ended after the Islamists seized Kabul in August 2021 as the last American troops left, ending two decades of war.

“The economy of Afghanistan faces serious structural issues, exacerbated by the Taliban takeover,” a senior U.S. official, speaking on condition of anonymity, told reporters in a briefing about the new fund.

The crises also have been fueled by decades of war, drought, the COVID-19 pandemic, endemic corruption and a cutoff of the central bank from the international banking system.

State Department spokesman Ned Price told reporters that the $3.5 billion has yet to be deposited into the new fund, but the transfer would take place “as soon as possible.”

Creation of the new trust fund comes after months of talks between U.S. President Joe Biden’s administration, Switzerland, other parties and the Taliban, who demanded the return of $7 billion in Afghan central bank assets held in the United States.

The talks continued despite U.S. anger at the Taliban’s harboring of late al Qaeda chief Ayman al-Zawahiri – killed on July 31 in a CIA drone strike on his Kabul safe house – and international outrage at the militants’ human rights crackdown, including barring girls from state-run secondary schools.

Biden in February sequestered “for the benefit of the Afghan people” the $3.5 billion in DAB assets to be transferred into the new trust fund.

The other $3.5 billion is being contested in lawsuits against the Taliban stemming from the Sept. 11, 2001, attacks on the United States. Courts could decide to release that money, which could be deposited in the new trust fund.

Another approximately $2 billion in Afghan central bank assets held in European and Emirati banks also could end up in the fund.

(Reporting by Jonathan Landay; Additional reporting by Michael Shields in Zurich and Mohammad Yunus Yawar in Kabul; Editing by Will Dunham, William Maclean and Marguerita Choy)